MOSCOW, September 1 — RIA Novosti. Sharp the President of France Emmanuel Makron in the US due to the fact that no self-respecting country cannot accept the fact that she dictated, the head of Russian foreign Ministry Sergei Lavrov. 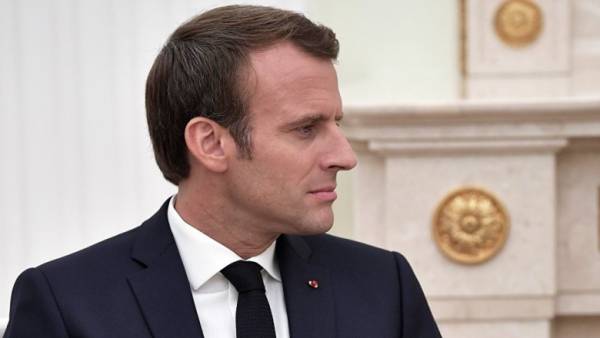 Previously, the macron, speaking to the diplomats, criticized the US and stated that we need to build relations with Russia and Turkey.

“Honestly, I can’t imagine that the President of France macron relied on anything but their own beliefs in foreign policy when he addresses his parting words to the French diplomats working abroad. I’m sure it’s matured not for one day, and a long period of time”, — said Lavrov in an interview to the program “Vesti on Saturday with Sergei Brilev” on TV channel “Russia 1”, in response to a joking question, not whether it Makrona written to the foreign Ministry.

According to the Minister, it is connected not only with the fact that in 2016 there was a change of administration in the United States.

According to him, the power of dictatorship from the USA to Europe is that all developed over many decades of understanding and understanding in international relations “are on your side.”