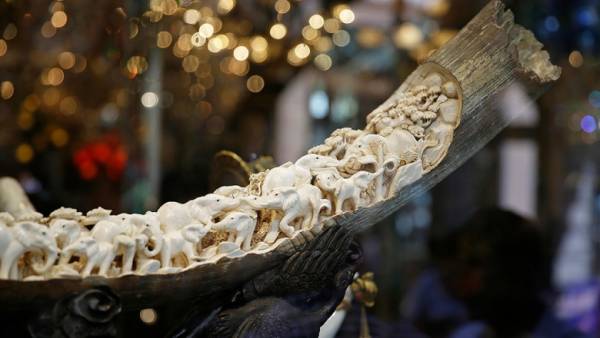 Billions on the bones As in Yakutia are going to legally make money on the mammoth. About one billion rubles earn smugglers on the sale of mammoth remains found in Yakutia. On the Arctic territories, according to estimates of officials, it is possible to find about 500 thousand tons of bones of ancient animals. While their production is controlled poorly: at least a quarter of turnover accounted for by the shadow market. Because of this, loses and budget, and the inhabitants of the North, and scientists. How valuable finds illegal leaving abroad and how much is the mammoth, read the material portal iz.ru. Illegals rushing To enshrine in law rules for the collection of mammoth remains necessary in the near future, said on 26 June, the head of the Duma Committee on natural resources, property and land relations Nikolay Nikolaev. A draft bill was developed in Yakutia, where more than

END_OF_DOCUMENT_TOKEN_TO_BE_REPLACED 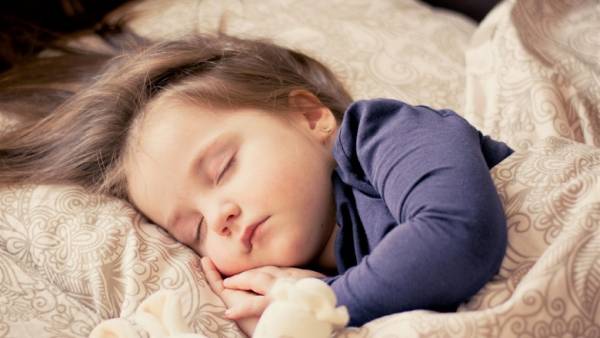 Scientists: infant memories can be restored Memories from early childhood, you can recover found American researchers from the University of Toronto. The results were published in the journal Current Biology. People rarely remember what happened to them before 3-4 years. However, experiments on mice have shown that these memories are not always lost forever. The researchers trained young mice to associate a box with a weak discharge current, which they had received in the leg. After 15 days mice were forgotten about term to shock. Then the researchers took another group of mice revealed certain neurons in the hippocampus react to the shock. After they forgot about the risk, researchers using techniques of optogenetics stimulated discovered in the beginning of the experiment the neurons. It turned out that 70% of the mice were able to remember that the box carries a risk. While it is impossible to say exactly whether

END_OF_DOCUMENT_TOKEN_TO_BE_REPLACED 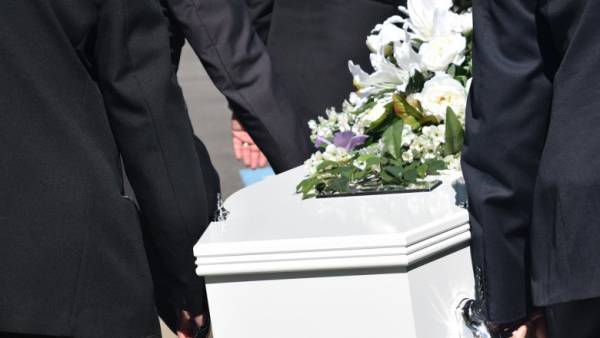 “A little alive.” What happens to the brain and body of man after death? Each of us knows that sooner or later will die. But it turns out that after death the human body is able to show signs of life. Some of them seem unbelievable. Scary and embarrassing As stated in the medical encyclopedia, death is the irreversible cessation of vital functions of the body, natural and inevitable final stage of individual existence. In warm-blooded animals and humans it is primarily associated with the complete cessation of breathing and blood circulation. News8 myths about cancer, in which it is time to stop believing In fact, death may consist of several stages and terminal States. And the signs of biological death (when all physiological processes in cells and tissues discontinued) with the development of medicine were constantly specified. This question is vital in the truest sense of the word. And

END_OF_DOCUMENT_TOKEN_TO_BE_REPLACED 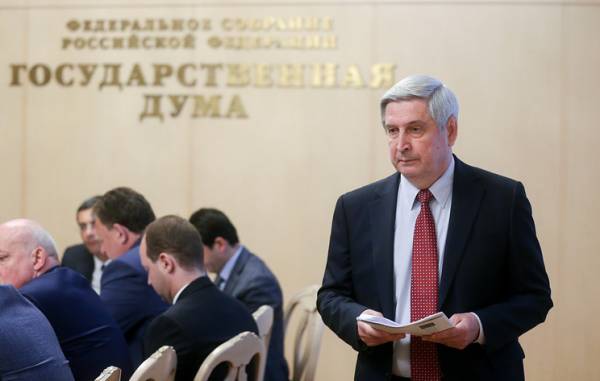 END_OF_DOCUMENT_TOKEN_TO_BE_REPLACED

Eighth child, rescued from a cave in Thailand, brought to the surface BANGKOK, 9 Jul — RIA Novosti. Eighth rescued from the caves of Tham Luang in Northern Thailand placed on the surface and is in a field hospital at the entrance to the cave, said on Monday the online version of the newspaper “Khao SOT”. 13фотографий13фотографий13фотографий On Monday morning, suspended on the eve of dusk the evacuation of the children from flooded caves in Thailand have been renewed. The procedures for children that the surface was interrupted on Sunday evening, after being out of the flooded caves of the international group of cave-divers and combat swimmers were evacuated first four children. 8th Boy Is Out Now #Thailand #ThaiCaveRescue #Thailand #Thamluang ???? pic.twitter.com/pPABz3sj1b — Rick Scott (@RAIDERS916) on 9 July 2018. Children were taken out in diving gear, and about one kilometer of the five separating them from the exit

END_OF_DOCUMENT_TOKEN_TO_BE_REPLACED

Rescuers in Thailand are evacuated from a flooded cave four more children BANGKOK, 9 Jul — RIA Novosti, Yevgeny Belenky. The second phase of the unique rescue operation in the North of Thailand, was successful on the surface from the sunken caves of Tham Luang evacuated for four teenagers. 12фотографий12фотографий12фотографий The third phase of the operation, as stated on Monday at the headquarters of the rescue workers, will begin on Tuesday, however, it is unknown whether the right to withdraw from the cave still in her five players Junior football team “the Boar Forest”. Teenagers and their 25-year-old coach came to the cave on June 23 and was blocked a few hours by a sudden flood, flooded up to the ceiling many chambers and corridors of the cave towards the exit. After nine days the young players on a small ledge in the far chamber of the cave, five kilometers

END_OF_DOCUMENT_TOKEN_TO_BE_REPLACED 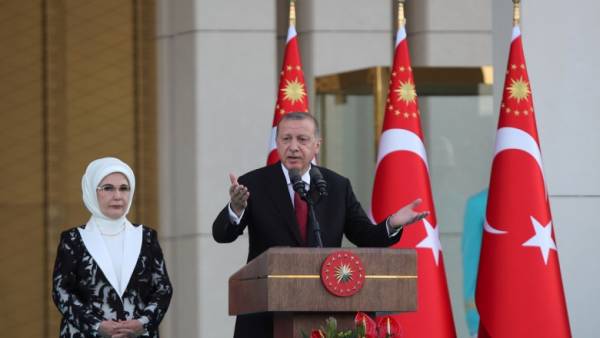 Turkey for one Recep Tayyip Erdogan was sworn in after the constitutional reform. Turkish President Recep Tayyip Erdogan, re-elected in the elections of June 24, on Monday officially took office, completing the country’s transition to a presidential form of government. After the inauguration, which was attended by over 20 heads of state and government, on Tuesday, President Erdogan sent his foreign tour, which will be the culmination of his participation in the NATO summit in Brussels. International activity of the Turkish leader, combined with the strengthening of its personal power are to strengthen its position in the dispute with the United States, Ankara threatens sanctions in case of purchase of the Russian anti-aircraft missile systems s-400. Held on Monday in Ankara, the inauguration of re-elected Recep Tayyip Erdogan was intended to be the final point of radical political reform, which established the Turkish Republic, the presidential form of government for

END_OF_DOCUMENT_TOKEN_TO_BE_REPLACED 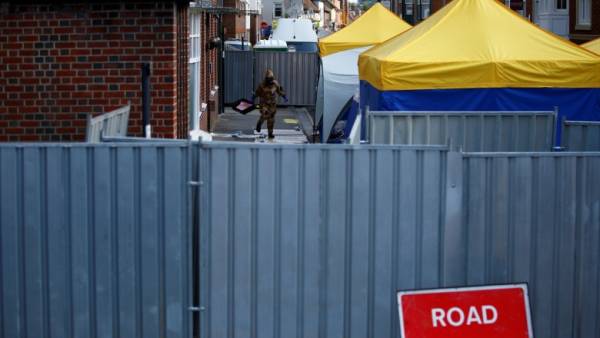 London has accused Moscow of deaths of British women in Amesbury MOSCOW, 9 Aug — RIA Novosti. British defense Secretary Gavin Williamson has accused Moscow of involvement in the death of women suffering with nerve substance in Amesbury, reports Reuters. “The simple reality is that Russia launched an attack on British soil, which died our citizen,” said Williamson during a speech in Parliament. In his opinion, the world community will join Britain in “condemnation” of Moscow. The condition of the second victim critical In the British city of Amesbury July 4, two people “were under the influence of an unknown substance”. Last Sunday one of the victims don Sturgess died in hospital. Another intoxicated 45 — year-old man, Charlie Rowley remains in critical condition, the report said Scotland Yard.

END_OF_DOCUMENT_TOKEN_TO_BE_REPLACED 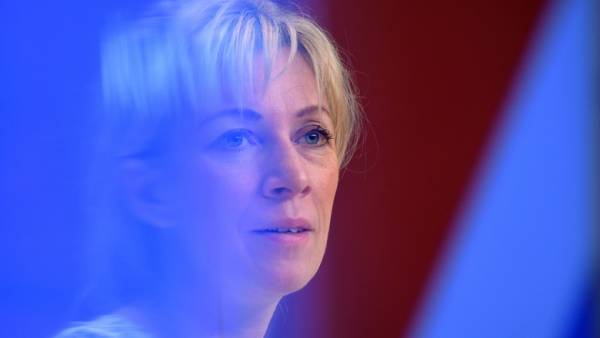 Zakharova said the resignation of Johnson with the words of Lermontov The official representative of Russian foreign Ministry Maria Zakharova said the resignation of the Minister of foreign Affairs of great Britain Boris Johnson quote from a poem by Mikhail Lermontov “death of a poet” (“On the death of Pushkin”). She wrote about this in his Facebook. In her estimation, “even the British king political eccentrics” do not want to stay in the “leaky boat” government Theresa may. What do you want? So much lying to the world about the “hand of Kremlin”, “the aggression against the UK in the UK”, “Beginner”, 2018, etc. becomes dangerous. Imaginary “solidarity” it is necessary to argue further, given that Amesbury had just died a British subject.Maria Saharanafrican the representative of the MFA of Russia “Many in Downing street covered with fog, except one, are clearly seen contours of a government crisis,” — said