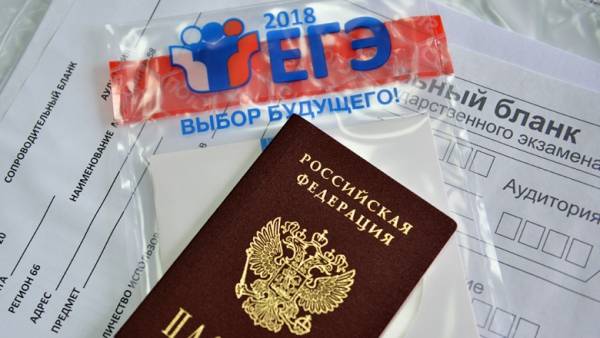 Evaluated the knowledge of students at the end of the exam 645 thousand graduates of 2018 year surpassed their predecessors by results of Unified state examination. This was reported by “Izvestia”. The main wave of unified state examination was completed on 2 July. For compulsory exam average has increased qualitatively. Thus, the average score on the Russian language rose from 69 to 70,93. The results of the exam in basic math (on a scale) increased by one and a half points from 2.79 to 4.29. However, the Deputy head of Rosobrnadzor of Anson Musayev does not consider the increase in use results significant: “the Last few years the average scores for all subjects are overall on the same level. To expect infinite growth is wrong — can themselves to a standstill to drive. Now we come to the Golden mean”, — writes the edition. Also increased the number of students

END_OF_DOCUMENT_TOKEN_TO_BE_REPLACED

40 percent of the population have excess weight In 2013, Rosstat began to examine the diet of the inhabitants of the country that are doing just a few countries in the world and which is conducted in five-year intervals. This was reported to “Rossiyskaya Gazeta” in an interview with the head of Rosstat Alexander Surinov. “The first round of monitoring revealed food preferences among different groups and showed that Russia is the problem of excess supply. That is about 40 percent of the adult working-age population (aged 19-60 years) is overweight,” said he. Established the commitment of the Russians to the consumption of meat, depending on place of residence and income and, on the contrary, a distinct lack of fish consumption. Most children and adults more often than once a week, we ate boiled sausages, which is not a sign of a healthy diet. “It also revealed an apparent lack

END_OF_DOCUMENT_TOKEN_TO_BE_REPLACED 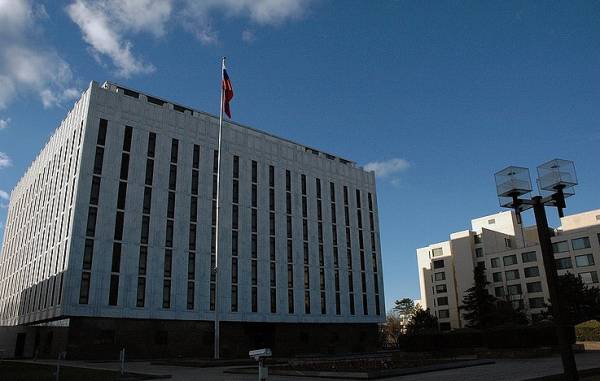 © Anatoly Bochinin/TASS WASHINGTON, July 9. /TASS/. The United States should withdraw Russian media from the U.S. list of registered as a foreign agent and to cease to pursue them. It stressed on Sunday the Russian Embassy in the United States, commenting on expressed Friday by the state Department complained that the Russian justice Ministry recognized registered as a foreign agent “Radio Free Europe/Radio Liberty” (RFE/RL) and “Voice of America”.

END_OF_DOCUMENT_TOKEN_TO_BE_REPLACED 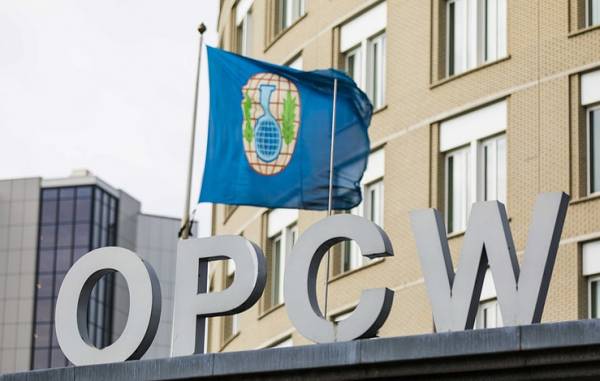 © EPA-EFE/BART MAAT MOSCOW, July 9. /TASS/. Russia considers the decision on the extension of the mandate of the Organization for the prohibition of chemical weapons (OPCW) is illegitimate and intends to re-assert their disagreement with the draft adopted on June 27 special session of the Conference of the States parties (CSP) in the Hague. This was stated by Russia’s permanent representative at the OPCW Alexander Shulgin in interview to the newspaper “Izvestia” published on Monday.

END_OF_DOCUMENT_TOKEN_TO_BE_REPLACED 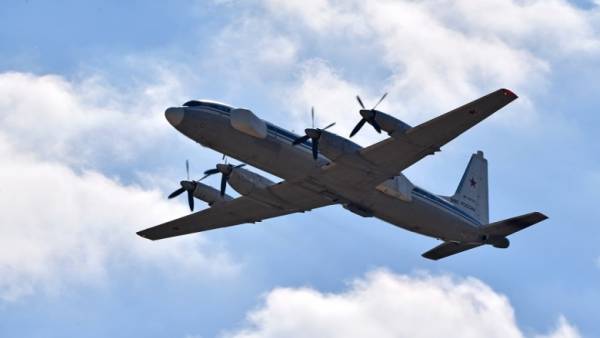 Source: Russia is working on the plane-“silencer” satellites MOSCOW, 9 Aug — RIA Novosti. The new aircraft-jammer, capable of disabling military satellites, created in Russia, told RIA Novosti source in the military-industrial complex. “Currently, work is underway to create aircraft-jammer, which will replace the incoming today in videoconferencing Il-22ПП “Porobic”. This machine will have brand new aircraft equipment, thanks to which he will be able to conduct electronic jamming of any targets: ground, air, sea, disabling enemy satellites that provide navigation and radio communications on earth,” he said. According to him, today prepared a draft design of the aircraft, in the near future should open the corresponding development work. “The new aircraft received the name “Porobic-2″ but most likely, aerospace forces this car will come under a different name. Will definitely be a new airframe — the possibility of creating such aircraft based on the Tu-214 or Il-76”, — said

END_OF_DOCUMENT_TOKEN_TO_BE_REPLACED 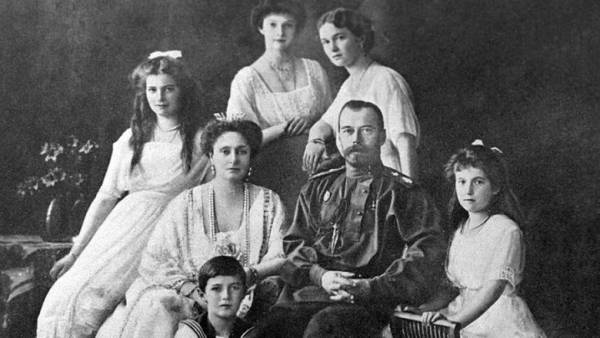 ROC called the conditions for the recognition of the remains of the family of Nicholas II The Russian Orthodox Church plans to recognize the remains of the Royal the 100th anniversary of the execution of Nicholas II and his family. This was stated by the head of the Synodal Department of the ROC on relations with society and mass-media Vladimir Legoyda in his interview to the newspaper “Izvestia”. He stressed that it will not happen before the completion of all examinations — genetic, historical, anthropological and forensic. “The decision likely will be made at the level of the Council of bishops, because of the importance of the issue. It will not be confined to a date. As repeatedly emphasized by the Patriarch, in this issue we have no room for error,” said Legoyda. Currently, it is known that a genetic examination of the skeleton found in Yekaterinburg, confirmed that his

END_OF_DOCUMENT_TOKEN_TO_BE_REPLACED 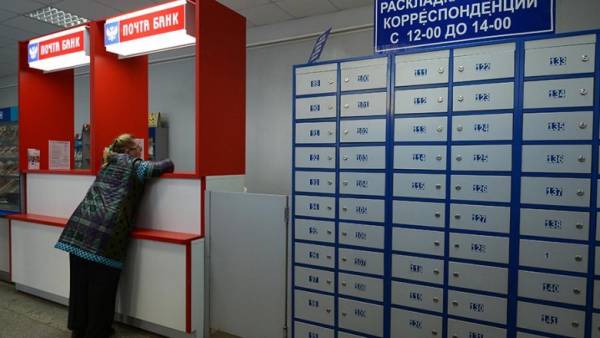 The number of Bank branches in the villages of Russia will be doubled Before the Central Bank’s task is to increase the availability of financial services in sparsely populated areas (with a population of less than 3 million people) by the end of 2020, twice. This “Izvestia” said the head of consumer protection and ensuring financial inclusion of the Central Bank Mikhail Mamuta. According to him, currently, the share of settlements with number of inhabitants less than 1 thousand persons, in which there is a Bank, “estimated units of percent.” As noted by chief managing Director of Sovcombank Andrey Spivakov, the credit institution significantly reduce its branch network from-for unprofitability of offices with a large staff. “As a result, in small towns there is a deficit of banking services and prosperity “grey” MFIs, pawnshops and other poorly regulated and risky Kasiyanova organizations,” he explained. The Central Bank to solve the

END_OF_DOCUMENT_TOKEN_TO_BE_REPLACED 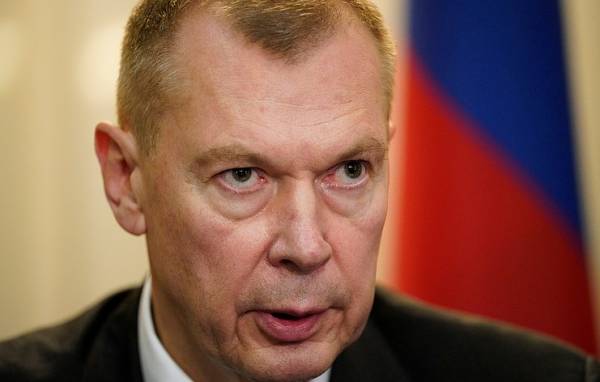 Russia’s permanent representative to the OPCW Alexander Shulgin © REUTERS/Michael Kooren MOSCOW, July 9. /TASS/. Poisoning of two British nationals in Amesbury (Wiltshire) could be planned and organized deliberately to destabilize the international situation and damage the credibility of Russia. This was stated by Russia’s permanent representative to the Organization for the prohibition of chemical weapons (OPCW) Alexander Shulgin in interview to the newspaper “Izvestia” published on Monday on the newspaper’s website.

END_OF_DOCUMENT_TOKEN_TO_BE_REPLACED

Elon Musk, began testing a mini-submarine to rescue Teens in a cave in Thailand Chapter companies SpaceX and Tesla Elon Musk said on Twitter about the early tests of the rescue capsule — a mini-submarine, which he proposes to use for the salvation of teenagers, locked in a cave in Thailand. The video, which the businessman posted on Twitter, a group of divers is testing a capsule — one pulls ahead, the second pushes back, others sail around. In this mini-submarine, according to him, can fit one teenager. To use the capsule to rescue the teenagers Elon Musk suggested on 7 July. In addition, he discussed with cavers structure of inflatable tubes with air gateways. 12 teenagers on the football team and their coach disappeared on June 23. When they were in the cave of Tham Luang, the flood came, and the group was cut off from the exit. After

END_OF_DOCUMENT_TOKEN_TO_BE_REPLACED 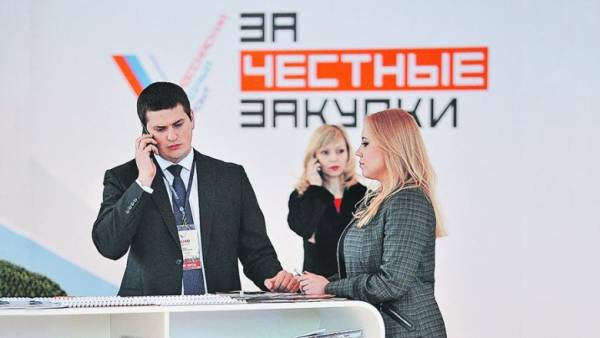 Blacklist legal entities will appear on the portal of public procurement On the public procurement portal will be a register of legal persons, deprived of their right to participate in the auction due to the corruption of the past. Information on companies seen to be bribery, will be automatically posted on the portal, told “Izvestia” in the state office of public Prosecutor of the Russian Federation. So, according to the Agency, in 2016 to administrative responsibility under article 19.28 of the administrative offences code of the Russian Federation “Illegal compensation on behalf of a legal entity” involved 427 legal entities, in 2017-m — 464. Under the current law that defines cooperation in the field of public procurement, a procurement participant within the previous two years must not be brought on the said article. “As the prosecutors to Institute administrative proceedings under this part, and then participate in the trial and