President Vladimir Putin has appointed a member of the all-Russian competition “Leaders of Russia” Vasily Orlov, the acting Governor of the Amur region is Alexander Kozlov, who was appointed Minister for development of the Far East. 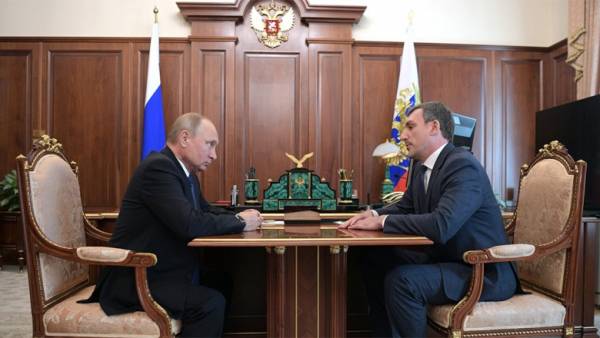 “Vladimir Putin had a working meeting with Vasily Orlov, in which he announced the decision to appoint him as acting Governor of the Amur region”, — said in a statement on the Kremlin website.

From 2008 to 2010 he worked as Deputy mayor of Blagoveshchensk, and in 2012 served as adviser to the head of a city administration of Blagoveshchensk. From August 2012 to may 2013 Orlov was Deputy Minister of economic development and then headed the Department. From 2014 to 2016 Vasily Orlov included in a presidential personnel reserve.