New settings the state Treasury will reconsider in the fall. 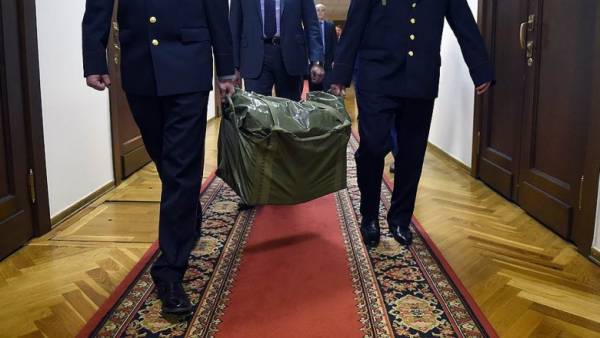 The government introduced yesterday to the state Duma a bill on the revision of the current Federal budget for 2018. Due to increased oil prices and actions of the budget rule, which allows not to spend additional incomes of oil and gas for the first time in seven years the state Treasury will be in surplus. However, as acknowledged by the White house in the accompanying documents to the draft, the new settings of the state Treasury and inaccurate and will be revised again in the fall — because they do not take into account any risks that have arisen after the introduction of the April sanctions, or new goals set by Vladimir Putin.

In General, admitted yesterday to the Duma a Number of amendments to the law “On the Federal budget for 2018 and the planning period of 2019 and 2020” have been previously known — however, prior to making the project was adapted by the Ministry of Finance. Now, according to the amendments, the proceeds of the 2018 at considerably grown in the price of oil increased from 15.26 trillion to 17.07 trillion rubles., or 1.81 trillion rubles (their share in GDP grows by 1.7% percentage points, new oil and gas revenues in the total amount of additional revenues, only 60 billion roubles).

The costs to the state Treasury at the same time, in accordance with the budget rule, and only increase slightly in nominal terms: from 16.53 trillion to 16.59 trillion rubles, or 62 billion RUB (relative to GDP are reduced by 0.1% percentage points). Because of this uneven increase in the revenue and expenditure of the previous deficit of 1.3% of GDP is replaced by a surplus of 0.5% of GDP for the first time since 2011.

It is noteworthy that made yesterday the first contains official recognition from the government that its settings have become obsolete — and will be again reviewed the new edit of the law on the budget this fall. Amendments calculated on the basis of the March macroeconomic forecast of the Ministry of economy (GDP growth of 2.1% rate of 58.6 rubles./$, inflation 2.8% and so on) and, as stated in the explanatory note to the draft does not take into account introduced in April, “the restrictive measures taken by foreign States against certain Russian companies and individuals” and do not reflect the goals of the President’s address of 1 March 2018. All this will be taken into account in the autumn edit — hastily counted the macroeconomic forecast of the government is now considered inappropriate.

The distribution of the new version of the budget is subject not only to RUB 62 billion new spending (to spend more, recall, prohibits budgetary rule), and 162.8 billion rubles, found in the Treasury by saving expenses.

In addition, inside the already allocated budget allocations according to their sentences will be reallocated 89,7 billion rubles Note that most of the increase in costs — 84.3 billion RUB will be spent on the restricted part of the budget (this sum is greater than the net increase in spending of 62 billion due to savings on of the part outside the state Treasury). Of the total increase in costs for the state program (11,2 bn) more will be added to the program of development of the industry (25,9 billion rubles) and housing (7.1 billion rubles). The largest cuts will be subject to the state program “public Finance Management and regulation of financial markets” — minus 52.5 billion RUB.

The leadership of the state Duma has already responded to the White house introduced the bill. Despite regional the week, Wednesday will be a further meeting of the Council of the chamber, which I shall name a date for consideration of amendments in the first reading. It is expected that this will happen on June 7.