MOSCOW — RIA Novosti. Columnist for the magazine The National Interest Kyle Mizokami compared the Russian submarine K-560 “Severodvinsk” with the new American submarine of the “Virginia” Block III, which will only enter service with the US Navy. 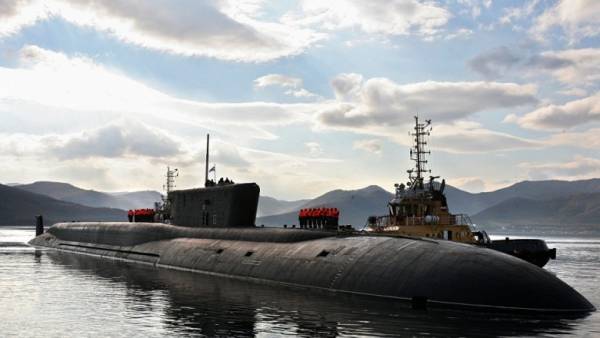 According to experts, the outcome of a hypothetical battle between the two ships is almost impossible to predict, because they have the most modern technology, is able to neutralize weaknesses. So, the “Severodvinsk” can be slower than the opponent, but the Russian submarine capable of diving to great depths. The marginal rate for it is 600 metres away, while the hull of the American ship was tested only at a depth of 488 meters.

Comparable submarines and weapons, although the “Severodvinsk” has anti-submarine missile complex “club-K” (Club – K), by which he can quickly strike at the enemy with torpedoes, notes the observer.

At the same time, a new submarine type “Virginia” has a more powerful sonar system and swim easy, adds Mizokami. In favor of “Severodvinsk” says the ability to hit the target of hypersonic missiles, however, developers need to reduce the noise to effectively counter the American boat.