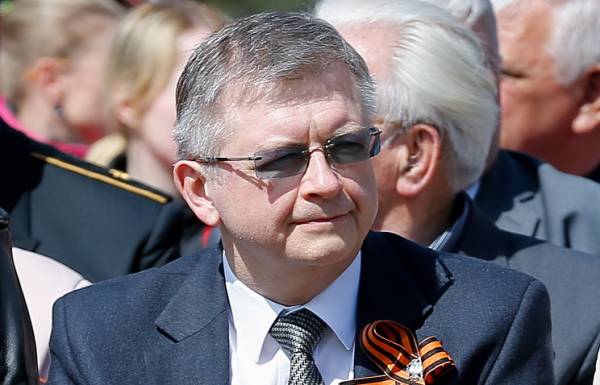 WARSAW, may 29. /Offset. TASS Irina Polina/. The ban on entry to Russia, the Polish historian and political scientist, the head of the Polish Institute of international Affairs slavomira the Dembsky is a response of the Russian side adopted after similar actions of the Polish authorities in respect of Russian political scientists. This was announced on Tuesday Corr. TASS, Russian Ambassador to Poland Sergey Andreev.

“In the morning I was invited to the foreign Ministry to the Deputy Minister Mr. Papago. He handed me a note of protest about the fact that the Director of the Polish Institute of international Affairs Slawomir Dembsky last night on his arrival in Moscow was not admitted to the territory of the Russian Federation. It is included in the list of persons banned from entering Russia for three years – until 2021,” said the Ambassador, stressing that “the note is the assertion that it was a unilateral Russian actions that are detrimental to political dialogue.”