How to survive a parachute failure

A former instructor at the British army Emil Chile convicted of the attempted murder of his wife, Victoria. He deliberately hurt her parachute, but the woman survived, though, and broke the bone. 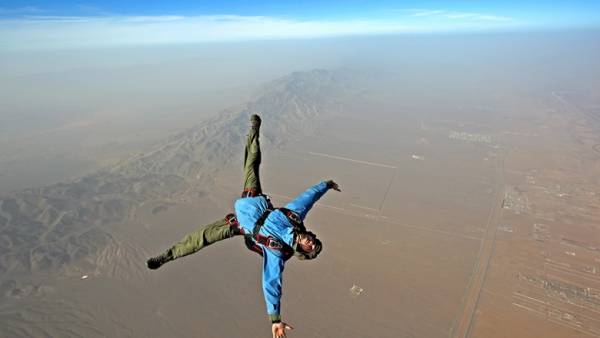 How can you stay alive after falling from a height of 1200 meters?

Earth is rapidly approaching. You pull the ring but the parachute doesn’t open. Your body rushes to the ground, and only the friction of the air slows down the speed a bit. You decide to open the spare parachute — and again refusal.

Moments between the failure of a spare parachute and hitting the ground or water, usually the last in the life of a skydiver. But not for Victoria Chile.

1200 meters — not the greatest height, to fall with which man was able to survive. According to the Guinness Book of world records in 1972, Serbian flight attendant Vesna Vulovic survived after falling from a height of 10 160 meters, after the plane exploded in the air.

Ulf Bjornsti, senior Professor of surgery at umeå University in Sweden and co-author of several studies on the risks in skydiving. The chances of survival as a result of free fall from a great height, it is assessed as very low and said that Chile and Vulovic just lucky enough.

However, when we are dealing with large (over 140 meters) elevation, is not so important, 1 thousand or 10 thousand feet and dropping the man to the destination altitude speed has little effect.

The fact that increasing the vertical velocity increases and the air resistance, and at some point, the falling speed reaches the limit.

It is estimated that the human body in free fall in average develops 99% of its maximum (critical) speed, flying 573 meters. It usually takes 13-14 seconds.

Funnel in the snow

Can people slow down the speed of his fall? Yes, says Professor Borstig. If you fall flat with your legs straight and your arms as wide, the speed limit will be about 200 km/h, he explains. “If you reduce the resistance, for example, to fall head first, you can accelerate to 420-430 km/h.”