The Meteorologist told me about the wet snow in early summer 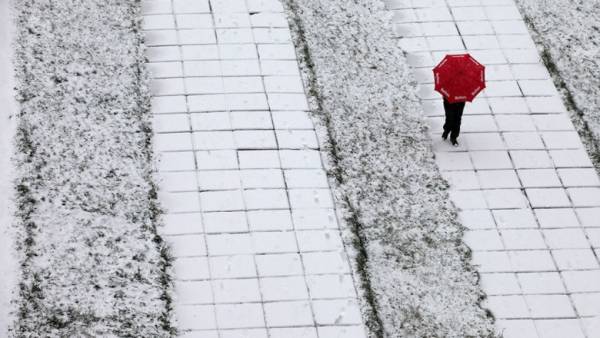 Wednesday may be the warmest day of the week: it is expected that the air warms up 27-29 degrees. But by Friday, the beginning of the calendar summer, warm weather in may can be replaced by a small temperature decrease. But will still be at least 20 heat.

In the West, the North-Western district in Karelia, Murmansk and Arkhangelsk regions — are still under anticyclonic weather. That is, Sunny, no precipitation. Cool nights — 3-8 degrees, in the afternoon — from 21 to 26 degrees. In the Leningrad region during the night of 5-10 degrees, but Monday afternoon — 20-25 above zero. And on Tuesday — 22-27 degrees.

In the North-East North-West district in the Yamal-Nenets Autonomous district, Komi Republic — the weather is dramatically different: it will rain, at night in places with wet snow. They will bring Arctic cyclone.

In European Russia , too Sunny start to the week, mainly without precipitation under increased atmospheric pressure. Night — 4-11 degrees during the day and 18-20 heat.