Makron at the St. Petersburg forum demonstrated knowledge of Tolstoy and judo

Russia and France should work hand in hand to build an atmosphere of mutual trust, said the French President Emmanuel macron, speaking at the plenary session of the St. Petersburg economic forum. 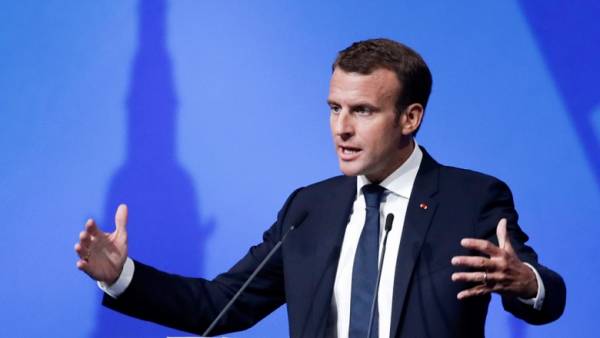 “Trust begins to get lost today, this is due to the geopolitical situation, and military, and even economic,” he said. The French President urged to remember about the historical past, and cited the example of the heroes of the novel of Leo Tolstoy’s “War and peace”.

“Trust is different. Confidence is the ability to believe in themselves, to believe different,” he said. “You know, as stated in “War and peace” Tolstoy. That’s what happened with Bezukhov and Karataev”, he continued.

Pierre Bezukhov, upon seeing the optimism, the cheerfulness, the simplicity of the soldier Platon Karataev, believed in himself, said macron: “Bezuhov, a man who was utterly unable to believe in ourselves, just contracted the optimism Karatayev and became stronger because of it”.

“We know that you also know highly value the flexibility which relies on the control of its own forces, qualities such as the will of nature and respect for the opponent. Let’s act and on the international stage, guided by it,” he called.

The performance of the Makron lasted 25 minutes. He said that France and Russia are developing a “road map” to effectively continue the collaboration. “We are now developing a very clear road map, which, I’m sure, will allow us to continue our work together, this interaction will allow us to move forward with other partners — with Japan, with Russia,” he said.

See also: the Desire to be “Gazprom”. France’s Total wants the right to export gas from Russia