Ukraine has extended black list of Russian citizens and companies

On the website of the President of Ukraine published (.pdf) the updated lists of persons placed under personal sanctions of the country. They 1748 756 physical and legal entities (compared to 1228 and 468 in the previous year). It is noted that the sanctions were synchronized with lists of the U.S. Treasury. 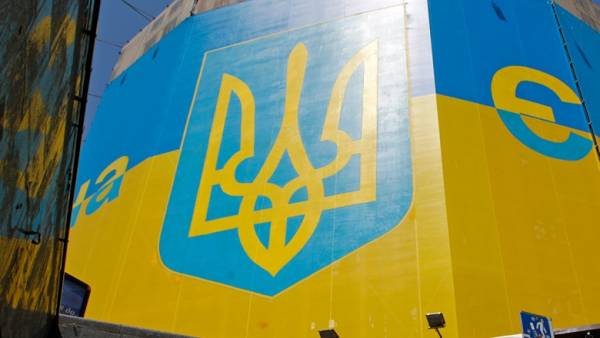 Among other things, the Ukrainian government announced the freezing of assets of the General Director of MIA “Russia today” Dmitry Kiselev. According to the document, against Dmitry Kiselev applied the following measures: “the freezing of assets — temporary restriction of a person’s right to use and dispose of its property; prevent the withdrawal of capital from Ukraine; refusal to grant and cancellation of visas to residents of foreign countries, the imposition of other restrictions on entry into the territory of Ukraine; other sanctions corresponding to the principles of their application established by law.”

Sanctions against mister Kiselyov, reported to be introduced indefinitely. In the black list and the representative office of “RIA Novosti” in Ukraine.

It also reported that “in relation to singer Joseph Kobzon applied: freezing of assets — temporary restriction of a person’s right to use and dispose of its property; prevent the withdrawal of capital from Ukraine; refusal to grant and cancellation of visas to residents of foreign States, the application of other prohibitions of entry to Ukraine; the deprivation of the state awards of Ukraine, other forms of celebration; other sanctions corresponding to the principles of their application established by law.”

As previously reported by “Kommersant”, the President of Ukraine Petro Poroshenko enacted the decision of the Council of national security and defense of personal sanctions against persons and entities associated with the “Russian aggression against Ukraine.” This is stated in the decree No. 126/2018 published 18.

Ukraine has also supported the introduction of the United States and the European Union’s personal sanctions against legal and physical persons of the Russian Federation. In addition, the sanctions “imposed against persons involved in information and cyberagression against Ukraine, illegal actions against the citizens of Ukraine, which illegally detained in Russia, State Duma deputies and members of the Council of Federation of the Federal Assembly of Russia”, according to the Ukrainian law-enforcement agencies.

“This is an indicator of the impotence of the regime which came to power in a bloody coup and failed to establish a normal life in a democratic modern canons — said “RIA Novosti” in connection with the news from Kiev Dmitry Kiselev.— And he has no choice as to persecute their own citizens, to pursue journalists, to prosecute free speech, deny, respected publications and, probably, to sweep the media space on the eve of the so-called presidential elections.” The President of the Council on human rights Mikhail Fedotov in a conversation with “RIA Novosti” urged the OSCE to respond to sanctions by Kiev.