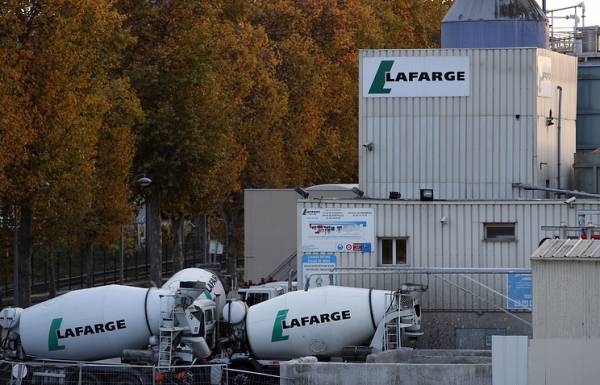 NEW YORK, may 23. /TASS/. Russia has offered the United States to consider how to respond to the story of the cement plant of the French company Lafarge in Syria, which is suspected of financing criminal gangs Arab Republic, including the terrorist organization “Islamic state” (IG, is prohibited in Russia). This was stated on Tuesday by Russian journalists in new York the Deputy Director of the Department of new challenges and threats of the Russian foreign Ministry Dmitry Feoktistov at the end of another round of Russian-American consultations on the issue of combating the financing of terrorism.