Should residents of other regions to fear “Voronezh” invasion of mosquitoes. 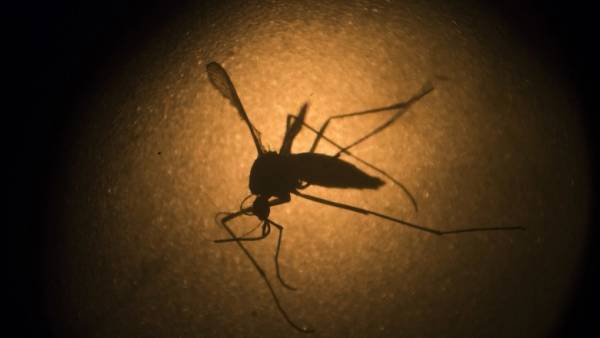 On the Internet the second week are actively discussing the news about the invasion of mosquitoes and midges in the Voronezh region, the people who put this on the Internet scary video with clouds of insects. What was the cause of unusual phenomena, whether other regions to fear a similar scenario and what tools are most effective in combating insects in the material of the portal iz.ru.

“Tell me, please, what is the situation with mosquitoes is about 12 to 15 hours in the city..? in Belogore? Just soon planned wedding… photography and videography… worry about it…” — says one of the residents of the other members of the public “Overheard in Pavlovsk” the social network “Vkontakte” and receives the answer: “Many put off the wedding until August.”

“Invasion” of insects in the Pavlovsk district, located in the South of the Voronezh region began approximately on may 6. Soon in the urban public in social network “Vkontakte” began to spread the video, which shows clouds of insects behind the glass Windows of houses or cars, and posts with calls to “unite to fight the common enemy.”

Or when not seen so many mosquitoes! Scared to get out of the car!

During the download an error has occurred.People say that you can’t safely walk the streets, and those whose homes are located closer to the river, suffer from biting even at home: do not have any help installed on the Windows of the grid, no animals.

Farmers have reported the deaths of animals, too, suffer from midges.

On Friday, may 18, mosquitoes have become one of the main topics at the meeting, the acting Governor of the Voronezh region Alexander Gusev, head of Rospotrebnadzor Anna Popova. About the unusual phenomenon reported by most national media, but the people themselves to the capital’s journalists are sceptical. In response to invitations to join the broadcast in social networks invite journalists to come to do a “burning and itchy material.”

Only a state of siege were six districts in the centre and South of the Voronezh region.

Now in the Pavlovsk district, which suffered from insect more likely, promise to be disinfected, the situation has taken control of the local Rospotrebnadzor.

“There was high-water flood, after which there are significant areas of flooded temporary ponds. Spring waters are the sites of mass breeding of mosquitoes. Causing the population living in settlements located in close proximity to floodplains, has undergone a massive attack by bloodsucking mosquitoes,” — said on the website of the regional Department of the Ministry.

In the meantime, the population of the region is trying to fight insects on their own. Thus, the Network has already appeared video invented in the village of the Region alferovskaya area “machine, mosquito genocide,” as it was called by Internet users — a large fan installed resourceful farmer at the entrance to the barn.

Neither of which “mosquito anomalies” in Voronezh, not a speech, told the portal iz.ru Vadim Mar, Professor, chair of Hydrobiology, biological faculty of Moscow state University.