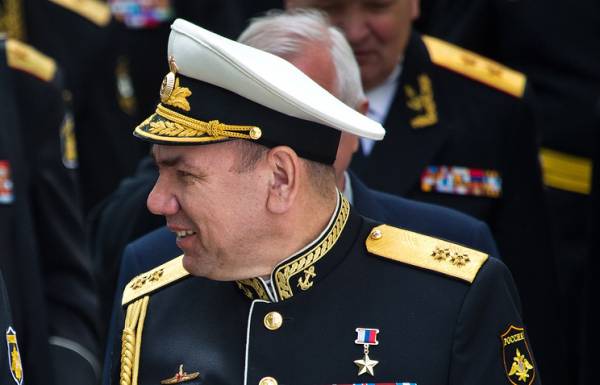 SEVASTOPOL, may 21. /TASS/. Vice-Admiral Alexander Moiseev became the 14th may, the acting commander of the black sea fleet (BSF) of the Russian Federation. This he said Monday during the first official meeting with the Governor of Sevastopol Dmitry Ovsyannikov.

Earlier it was reported that the fleet commander Admiral Alexander Vitko will go on increasing, and in its place will be appointed Vice-Admiral of Moses, who had held the position of Deputy chief of the General staff of the Armed forces of the Russian Federation.