The most frequent violation of the rules of traffic on the Crimean bridge became a stop in order to take a selfie. It is reported by RBC, citing data of the information center “Crimean bridge”. 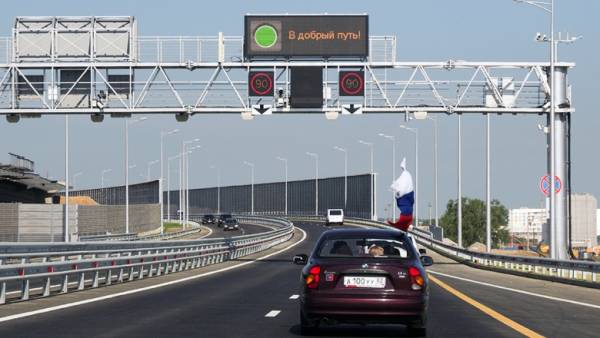 According to experts, most drivers stop the car to take a picture on the arch span and at the entrance of the Taman shore. Employees of divisions of transport safety do preventive work.

The first violation of traffic rules was recorded on the bridge on may 16, said “Kryminform”. Then, dozens of bikers stopped at an arched passage and made a joint photo.

According to the rules of the road, stopping on the bridge is prohibited if the movement is less than three lanes. The Golden gate bridge in two lanes in each direction.

Vehicular traffic on the Crimean bridge opened on may 16. The day before the official opening: on the bridge drove the President of Russia Vladimir Putin behind the wheel of a KAMAZ.

The bridge across the Kerch Strait length of 19 miles was the longest in Russia. It is built at the expense of the Federal budget. The total project cost nearly 228 billion rubles.

So we went on the Crimean bridge.#Kerch #Crimea #beauty #kristinast

Read also: Putin behind the wheel of a KAMAZ. why he can not wear?