Moscow. May 21. INTERFAX.RU — emergency Mode is entered in Yuzhno-Sakhalinsk due to heavy fire, which occurred on Monday afternoon in a ten-storied building, the press service of the city hall. 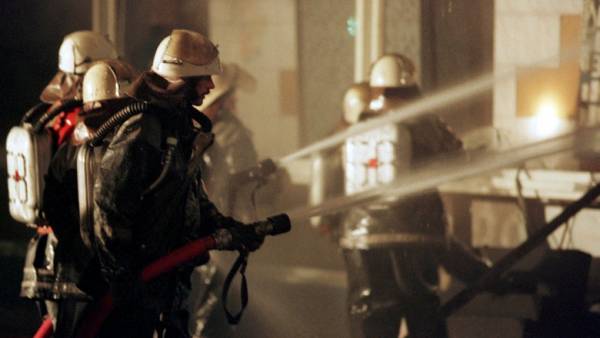 “The fire completely destroyed the roof of the house. In Yuzhno-Sakhalinsk entered emergency mode. The situation on elimination of consequences, as well as providing assistance and support to people whose apartments are located in this house, is controlled personally by the mayor Sergey nadsadin”, — stated in the message.

The municipal authority “is urgent work, aimed at providing temporary housing.” The residents of the house were asked to write statements on social assistance.

Authorities also reported that emergency workers will help the residents to go to their apartments about two hours, when they are convinced of the safety of the entrance. To clear the burned roof will begin on Tuesday morning.

And in Yuzhno-Sakhalinsk has its own atmosphere.
Burn. pic.twitter.com/bQ7wrfFGx1

As reported, on Monday at 15:50 local time (7:50 MSK) reported a fire in the apartment on the last floor of the ten-storied house on Chekhov street. The fire from the burning apartment spread to the roof.

More than 100 people were evacuated from the house. No one was hurt.

The cause of the fire is found out by employees Gospozhnadzora.