Researchers from the University of Versailles-Saint-Quentin-EN-Yvelines has established the authenticity of the remains of Adolf Hitler, stored in Russia. For this they used by the Federal security service of Russia teeth, belonging, according to official sources, the Nazi leader. Report on the study of skulls and jaws of the dictator, published in the journal European Journal of Internal Medicine. 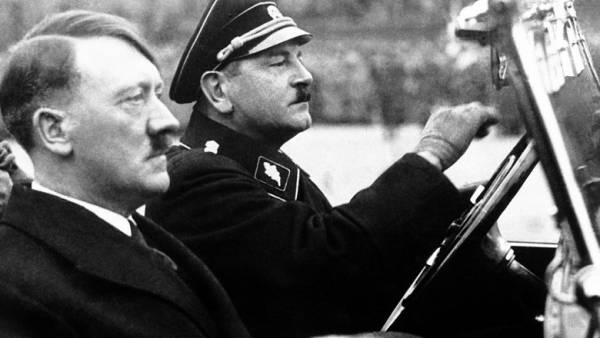 Adolf Hitler committed suicide on 30 April 1945, between 15:10 and 15:15 hours of the day. Due to the fact that his body after the suicide was burned and the remains since 1946, has not been studied, there is a lot of legends about the fact that the head of the Third Reich allegedly escaped punishment and happily lived his life in South America.

The authors of the article for the first time since 1946, was granted access to the remains of Adolf Hitler and other documents stored in the archives of FSB and the State archive of the Russian Federation. In March and April of 2017, the anthropologists conducted two examinations, mainly concerning the study of the jaw of Hitler and the fragment of the cranial vault size is 10.7×12 cm. These remains were studied using the binocular microscope and scanning electron microscope were also carried out elemental analysis.

Study of the skull showed that it belongs to a man who died aged 45 to 75 years (Hitler died 10 days after his 56th birthday), a hole in the head in their morphological characteristics to be outlet.

The authors compared the skull and jaw x-rays of the head and teeth of Hitler made in 1944 (by the way, at the time of the death of the dictator remained only four of the tooth). Given the lapse between shots and death by the time the results were completely coincident.

No traces of antimony, lead and barium on the surface of the tooth enamel suggests that Hitler had not shot himself in the mouth. This coincides with the testimonies of persons, who soon after the suicide of the führer went to his room. Blue deposits on the surface of the prosthesis may indicate a chemical reaction between potassium cyanide and a dental alloy (gold-platinum-iron).

Thus, scientists have evidence in favor of the hypothesis according to which Hitler took poison and shot himself at the same time.

Thus, the authors confirm that Russia has preserved authentic remains of Adolf Hitler and note that the results of their research largely coincide with the results of an autopsy conducted by Soviet pathologists in 1946.