The Russian Arctic is considered the ancestral home of the birds

At the end of the age of dinosaurs, the Russian Arctic has been a real godsend for the ancient ancestors of birds and could serve as a homeland to their modern descendants. This was possible due to the discovery of blood-sucking insects in the amber of the Taimyr. The age of the remains is about 85 million years (the second half of the Cretaceous period). 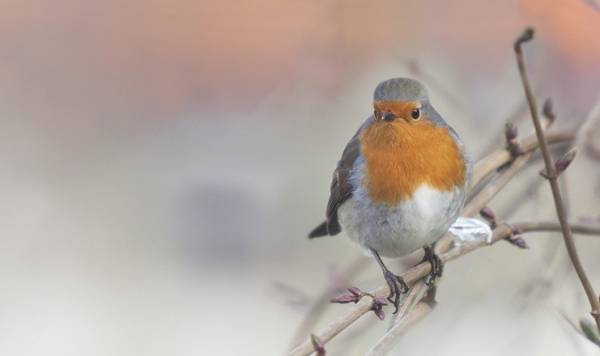 A description of the findings of the Russian-Ukrainian team published in the journal Cretaceous Research.

Only in the hands of scientists got some small black flies, relatives of mosquitoes living of the family Simuliidae. They are preserved in amber, which the staff of the laboratory of arthropod Paleontological Institute named after A. A. borisyak wounds gathered on the shores of the Taimyr river Polak, and belong to a new kind Ugolyakia kaluginae.

Judging by the forked claws on the legs, ancient Taimyr gnats fed on the blood of birds.

Claws, similar structures help them to cling to feather barbs.

Midges accounted for approximately 3% of all insects found in amber from Polaca. In stones of a similar age from Burma, USA and other regions gnats are extremely rare — they account for an average of less than 0.1% of all insects. It turns out, who fed on the blood of birds flies flourished on the Taimyr Peninsula in the upper part of the Cretaceous period, and therefore the birds, their food supply, in abundance lived in the polar latitudes.

This serves as yet another confirmation of the fact that already in the early stages of their evolution, the birds were able to master the Arctic, despite the unfavorable conditions of this region, such as the sharp seasonality of the climate and the polar night.

The birds helped the ability to grow quickly, you need to learn to fly during the short polar summer.

According to scientists, in the late Mesozoic in the Arctic, penetrated the birds from the group Ornithuromorpha, which includes all modern birds and their extinct relatives. More primitive and slow-growing enantiornithine birds lived only in tropical latitudes. According to the authors, the Arctic could be ancestral to modern birds — it is here that they hone their survival skills, which allowed them to survive mass extinction at the end of the Mesozoic that killed the dinosaurs.