Scientists admit lightning is the most dangerous and mysterious phenomenon

MOSCOW, may 18 — RIA Novosti, Tatiana Pichugina. Studying lightning for centuries, but their nature is still unclear. As the emerging category in the cloud, what is fireball, why during a thunderstorm emitted gamma rays — these questions have yet to answer. RIA Novosti presents the most current research in the field of atmospheric electricity. 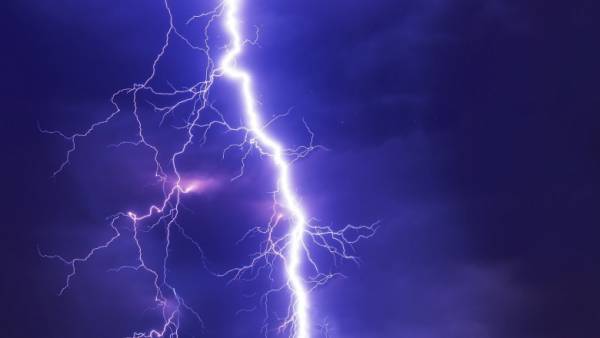 “Lightning is an electrical discharge that moves in the atmosphere by a thin hot plasma channel — leader from cloud to earth, between clouds or climb a high building,” says RIA Novosti Alexander Kostinsky, candidate of physico-mathematical Sciences, Deputy Director, MIEM them. A. N. Tikhonov, participant of the international project “the Lightning and their manifestations”, supported by Ministry of education and RSF.

For the occurrence of lightning want the cloud.

Lifting up, it expands, cools, it forms small water drops, snowflakes, hail and many other particles of various sizes, which are called hydrometeors. In fact, inside the cloud formed by the spray, the particles RUB against each other and acquire charges of opposite sign.

After condensation the cloud heats up and rises a little higher, tightening itself in the surrounding air. That’s why thunderstorms are accompanied by strong winds. Inside the cloud stack layers of positively and negatively charged particles, the rain does begin vnutrioblastnaya level, some of them reach to the earth.

The lightning channel conducts a strong electrical current through the plasma is highly ionized gas. On photographs taken with high-speed camera, seen as the leader of the lightning branching during movement. When he approaches earth, with the highest points of skyscrapers, TV towers, to meet rush’s rising leaders. United channel is a powerful current with a speed of several times below the speed of light. This is the flash we see when lightning strikes.

We see the zipper when it is large, vigorous, setting fires, killing animals, disables the instrument. But the time of its inception in the cloud remains one of the major scientific mysteries here for a hundred years.Alexander Castenskiold of physical and mathematical Sciences

In this respect there are a lot of hypotheses, very complex and not explaining all the observed phenomena. Measured: to break through the category of only one centimeter of air required voltage to thirty thousand volts. So, the cloud must be very strong electrical field, but the measurements are given several times smaller values.

“Every second the earth is hit about a hundred of lightning, and no one knows how they arise. Moreover, the physical measurements show that they should not be formed in the clouds,” — said Kostinsky.

A separate mystery — fireball. Known for thousands of testimonies about it from different historical periods, even scientists experimentally obtained in the laboratory “ball plasma formation”, but to prove that this is a studied natural phenomenon. The main issue (besides the origin) is, why a charged plasmoid exists in the atmosphere as long — seconds and minutes. The idea is that without external support it needs to cool down for a thousandth of a second, losing conductivity.

Some researchers assumed that ball lightning is an optical effect, but a few years ago, Chinese scientists have captured on a speed camera with an optical spectrometer ball glow during lightning strikes, which existed for almost a second. It does not clarify the nature of the phenomenon, but confirmed its reality.

In 1989, thanks to satellites has opened up a whole new kind of atmospheric electricity — sprites. They occur at the height of 70-85 kilometers in an electric field that is formed after a strong lightning strike in the ground when it runs down the lower part of the cloud. Also from space saw the blue jets and gigantic jets — electrical discharges of great length. They originate on the tops of the thunderstorm clouds and can reach a height of 90 kilometers.

In 1991, us satellites recorded during thunderstorms, bursts of gamma rays, i.e. hard x-rays. These data were immediately coded, thinking that somewhere to pass a nuclear test ground. Three years later, convinced that the source of radiation was a storm, the observation results were published.

“Such energetic quanta rarely come to the Ground even from solar flares. It turns out that the cloud acts as an accelerator of elementary particles — namely, electrons and maybe positrons. This area received the name of atmospheric physics at high energy”, — said Alexander Kostinsky.

In the 2000s, it became clear that inside the clouds at a height of about ten kilometres are formed by the emitters much more powerful than accompany lightning.

They last only a few microseconds. They are called compact vnutrioblastnaya discharges. The generally accepted theory of their appearance yet.

Still not lost interest to the electrical discharges in the atmosphere of other planets in the Solar system. Taken pictures of thunderstorms on Jupiter and Saturn, observations in the radio showed the level at Uranus and Neptune. The issue with Venus is still open. But on Mars and Titan storm does not happen.

According to the Local, the science of lightning is now experiencing a real boom. After all, thunderstorms, lightning is a very dangerous, destructive natural phenomena. In addition, the scientists are practical problems — to protect from atmospheric discharges of humans and animals, structures, wind turbines, aircraft.