NATO AWACS aircraft conducted another reconnaissance on the borders of Russia

Moscow. May 16. INTERFAX.RU — Two planes of distant radar detection and guidance of the command of the NATO E-3A Sentry AWACS capable of exploring greater depths of enemy territory, on Wednesday had made the hours-long flights in the vicinity of the Kaliningrad region, from the monitoring data, the Western aviation assets. 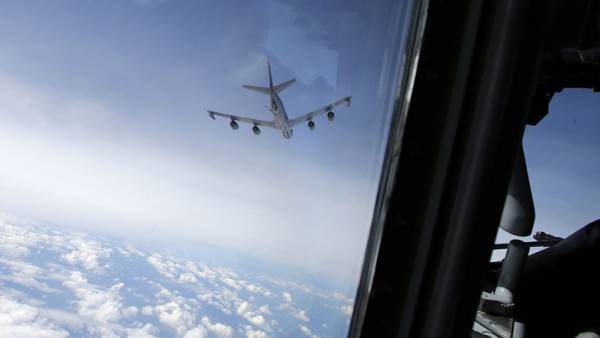 According to them, NATO AWACS tail number LX-N90447 off from the Polish city of Poznan, for more than three and a half hours from 9:45 to 13:25 Moscow time, flew South-West of the Kaliningrad region, while in the sky over Poland.

Then at about 13:50 Moscow time it was replaced by the NATO AWACS tail number LX-N90459, rising from Geilenkirchen airbase in Germany. For more than five and a half hours until about 19:30 Moscow time it circled to the South and South-West from the borders of the Kaliningrad region.

As reported, on the eve of two aircraft airborne warning and control AWACS NATO command one after the other during the day several hours circling to the South and South-West from the borders of the Kaliningrad region, while in the airspace of Poland.