Posner commented on the transfer of the U.S. Embassy to Jerusalem

RIGA, may 14 — RIA Novosti. The transfer of the U.S. Embassy from tel Aviv to Jerusalem testifies that the President of the United States Donald trump completely ignores the international community, said the program Baltkom is an online radio Baltkom on the situation in Israel, the Russian journalist Vladimir Pozner. 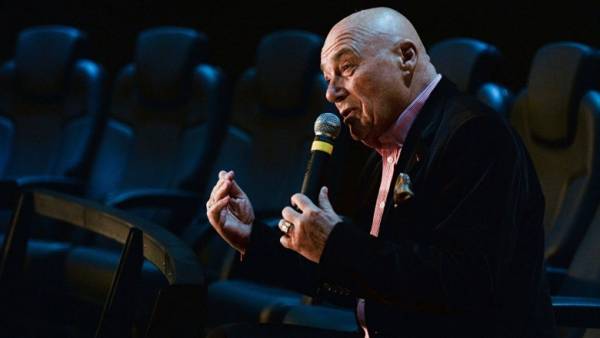 “It is a demonstration that the US is in the face of trump’s completely ignoring the international community. The US, nobody put in a penny, but yourself. They believe that no consequences will be derived from strong positions and the US is really the strongest,” said Posner.

According to the journalist, the current confrontation may cause a temporary reaction and blow up the situation.

“It is difficult to suppose, I do not like to assume, but it is easy to predict that it is dangerous. Perhaps the actions that can blow up the situation. Some reaction will be. One thing is clear — it is extremely dangerous,” added Posner.

Protests held in Gaza on Monday amid the 70th anniversary of the founding of Israel and timed for the anniversary of the transfer of the U.S. Embassy from tel Aviv to Jerusalem. Israeli soldiers fire at protesters. According to recent reports, the clashes killed 55 Palestinians, more than 2.7 thousand were injured. Palestinian leader Mahmoud Abbas declared three days of mourning. The situation in the Gaza strip on Tuesday to discuss the UN security Council.