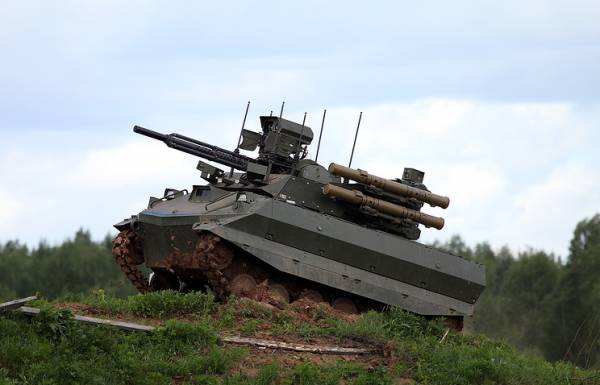 First presented may 9 at the Victory parade in Moscow, the Russian robotic systems “Uran-6” and “U-9” can dramatically change the balance of forces in military conflicts of the future, they “broke away from foreign competitors.” This opinion was expressed by the military observer of the American magazine The National Interest (NI).

Foreign expert, one of the main advantages of these machines has already been tested in real combat conditions and have proven themselves from the best side. The complex “Uran-6”, standing in service with the Russian army in 2016, participated in the clearance of a number of Syrian cities, which helped to save the lives of hundreds of civilians.