Kudrin has agreed to head the audit chamber

MOSCOW, may 14 — RIA Novosti. Ex-Finance Minister, Chairman of the Board of the Center for strategic research (CSR) Alexei Kudrin agreed to take the post of Chairman of the accounts chamber of Russia, told RIA Novosti one of the participants of the meeting of the faction “United Russia”. 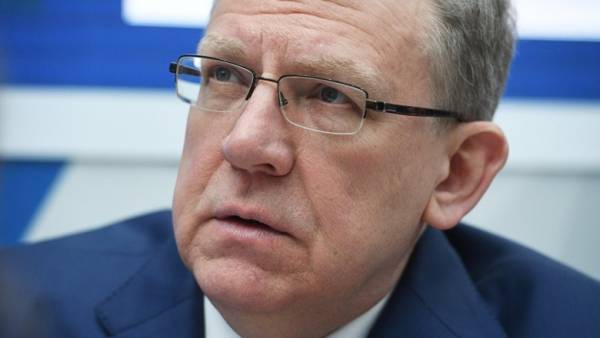 The Presidium of the faction “United Russia” on Monday meets in the state Duma, Kudrin applying for the post of Chairman of the accounts chamber of the Russian Federation.

One of the participants told RIA Novosti, Kudrin gave his consent to his nomination.

On Thursday it became known that the Ministry of Finance received a proposal from a number of deputies to head the audit chamber. As later reported by the Agency representative Kudrin, the proposal was quite unexpected, and the ex-Minister is considering it.

Under current law, the Chairman of the accounts chamber of the Russian Federation are appointed for six years. The state Duma invited the head of the state at least three candidates from which the President chooses one and submit for approval to the lower house of Parliament. If none of the proposed candidates by the state Duma of the President is not satisfied, then he may nominate another candidate.