In the center of Tbilisi held a major protest demanding the resignation of the Prime Minister of Georgia Giorgi Quercialsale and interior Minister Georgi Gajaria after held on the eve of a special operation involving special forces to apprehend narkodilerov in night clubs, the correspondent of RIA Novosti. 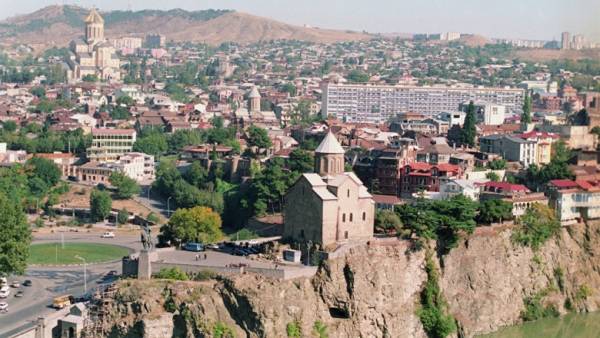 TBILISI, may 12 — RIA Novosti. In the night of Saturday the organizers of the Nightclubs said in social networks that the institution was raided and law enforcement officers. They called on all supporters to gather in a show of support. During the whole night in front of the Parliament gathered hundreds of people who expressed protest in connection with the special operation of the interior Ministry.

In a special operation of the interior Ministry arrested eight narkodilerov.

According to the TV company “Rustavi 2” all the clubs were detained about 70 people, the interior Ministry said that all detainees on administrative offence has now been released.

The Ministry explained that conducted the special operation on detention of narkodilerov was associated with frequent cases of death and intoxication of young people.

“We will not retreat until until in resignation will not leave the Prime Minister.

Tbilisi #Bassiani protests bring clubbing to the streets. If you raid our clubs we will party downtown. @BASSSIANI #freedom pic.twitter.com/JdPKdkP1oV

and the Minister of internal Affairs. We are against violence, give us freedom! Think again! Today progressive minded young people. Today we all need to protect our rights, we believe that neither the club nor the festival nor peaceful action is not carried out only for the parties, we are not drug addicts. Be free!” — said one of the organizers of the microphone.

The protesters are also demanding to “punish” all those responsible for the last operation, to declare the day as “black Friday.”

Police standing along the sidewalk, not to allow the protesters to block the roadway.