The official closing ceremony, which allowed journalists, will be held at the end of the month. 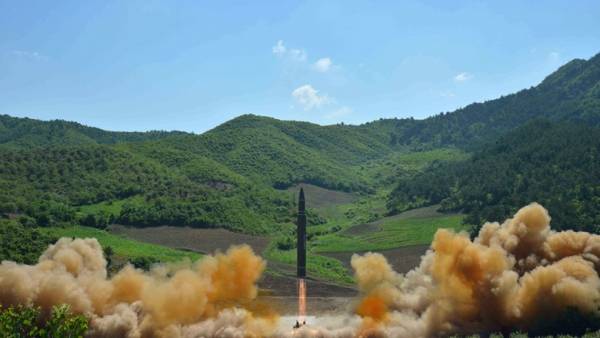 Moscow. May 12. INTERFAX.RU North Korea announced that are working on the closure of the landfill, Pungere, which conducted a nuclear weapons test, said on Saturday the South Korean Agency “renkhap” with reference to the official media of the DPRK.

The foreign Ministry of the DPRK said that North Korea “takes technical measures aimed at the closure of the Northern landfill.” This is done as the Ministry said, “to ensure transparency as regards the cessation of nuclear tests.”

In addition, Pyongyang plans to hold 23 to 25 may ceremony to mark the closure of the landfill.

According to Yonhap, the DPRK authorities warn that only journalists from Russia, USA, South Korea, China and the UK will be allowed to cover the events.

In late April, North Korea pledged to close its biggest nuclear test site, Pungere in may of this year. It was reported that Pyongyang intends to carry out the closure publicly and demonstrate this process to the South, inviting journalists and experts.

Shortly before that, the North Korean leader Kim Jong-UN earlier announced the suspension of 21 April testing nuclear weapons and Intercontinental ballistic missiles. North Korean leader stressed that such a policy would be “based on the most scientific and revolutionary line of the party a new strategic course.”