The Rosobrnadzor check the license

Leading universities made a reform of the evaluation system of their work. 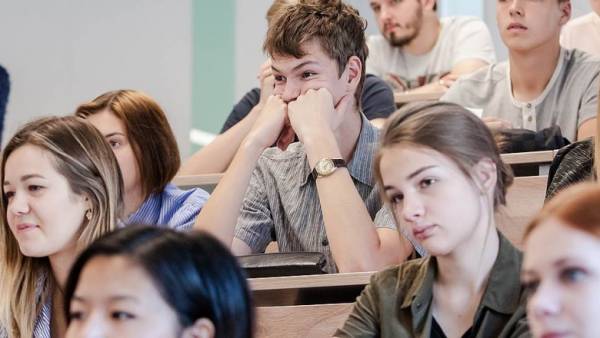 Representatives of leading universities has suggested to hold in Russia the reform of the system of quality assessment in higher education. They consider that the existing mechanism of accreditation and licensing of universities opaque and quality audits of the service raises questions. Discussion on this topic has intensified after the 2017 European University was deprived of the license for conducting educational activities. Representatives of universities supported by the head of FAS Igor Artemyev and the assistant to the President Andrey Fursenko. The Ministry of education stated that “open to dialogue”.

The position of the Association “Global universities” and the Association of leading universities at the joint meeting published the HSE rector Yaroslav Kuzminov: “we Have a huge flywheel, which revolves in vain — now we have a system of accreditation and licensing of higher education institutions, which is redundant in nature.” According to him, the Commission checked the documents of the universities, but do not assess the quality of educational programs.

Experts of the service conducting the tests, often do not have sufficient authority and reputation for independent decision-making and meaningful assessment of the potential of the University.The draft decision following the meeting

The experts analyzed the results of about 1 thousand checks of rosobrnadzora in 2016-2017. The results were presented by head of the Secretariat of the Association of leading universities, the first rector of St. Petersburg state University Ilya Demidov: “In each second conclusion of the claim: “there is No information on the website about the conditions for the admission of persons with disabilities”. We checked, it turned out that the information on the websites is. That is, there is no method specifically where should be this information, but there is a submission expert, about where she was supposed to be.”

“A typical conclusion: is promoting healthy lifestyle, there is no prevention of Smoking and consumption of alcoholic beverages — continued Mr. Demidov.— A classical result of documentary check: in high school the order for a prevention — prevention that there is no order — there is no prevention.” The average is about five unscheduled on-site inspections in a week, he added. Their results are “generic”, and the statements have been prepared on the same pattern that “makes us think about the evaluation criteria, and quality experts.”

“Such an archaic system in other industries have left, said in his speech, the head of FAS Igor Artemyev.— This system is extremely unreasonable and non-transparent, if it were me, I would have accreditation removed, in principle, would have left the licensing.”

We will remind, the accreditation process is aimed at confirmation of compliance of the level of educational programs state requirements, the license gives the right to conduct educational activities. In the case of suspension of accreditation a University can lead the admission and issue their own diplomas. Revocation of a license means that the institution must cease educational activity.

Discussion of the mechanisms escalated after the European University in Saint-Petersburg as a result of checks of the service have lost their accreditation and the license for educational activities. In support of the University was expressed by numerous experts and politicians, including the head of Committee of civil initiatives Alexei Kudrin.

The existing control system does not take into account innovations, she suppresses them and absolutely not motivate universities to improve the work.Andrew Parsecomment President

He addressed the audience with the request “to take responsibility and to propose a new system”. According to him, “now is the time when this system can be perceived.” Present at the meeting, the acting Deputy Minister of education and science of Grigory Trubnikov said that the Ministry of education “open to suggestions to improve the accreditation system”.

Yaroslav Kuzminov presented the essence of these proposals. The Ministry of education should abandon the current system of accreditation, in particular, to check universities should have the experts of rosobrnadzora authorised by the office of the professional Association. The work proposes more active involvement of employers and take into account the average score of the exam and the number of Olympiad winners among the entrants, the quality of research and project work (e.g. publication, citation). “We Kravtsov (Sergey Kravtsov, the head of Rosobrnadzor.— “B”) discussed, and he agreed,” — said Mr. Kuzmin.

In Rosobrnadzor, “Kommersant” reported that the service is “ready for comprehensive dialogue with the rector’s community on the optimization of control and Supervisory activities in relation to universities”. However, the Ministry did not agree with the claims: “Experts engaged by the service to conduct inspections of universities, representatives of leading universities, including the UNIVERSITY and educational institutions belonging to the Association of leading universities. The justice of decisions confirmed by the fact that the vast majority of judicial decisions in challenging universities of the withdrawal of the license or the accreditation issued in favor of the service”.

As reported by “Kommersant”, the service in June of 2017 declared their readiness to move to “risk-based approach” to the verification mechanism of the universities: it was assumed that universities will fall into one of four categories according to the level of risk in accordance with identified during the inspection violations. In Rosobrnadzor found it difficult to tell when the transition to the new model can be implemented.