“King of liars”. The real story of Baron Munchausen

May 11, 1720 was born Baron Munchausen, the famous “king of liars”, the favorite hero of children’s books and movies. 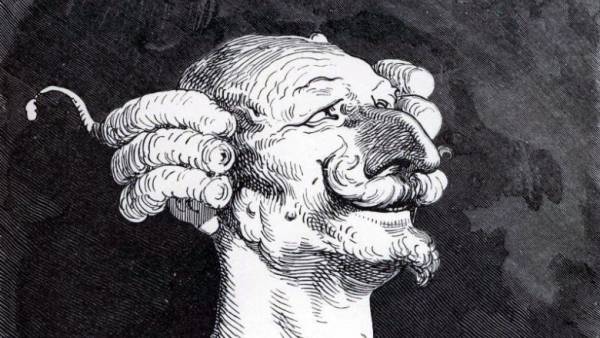 Munchausen, a famous literary character anecdotal stories about the incredible adventures and fantastic journeys. His name has become synonymous as a symbol of a man telling imaginary stories. But not everyone knows that at the heart of these tales is the true story: Munchausen really existed.

The full name of the “king of liars” Karl Friedrich Hieronymus Baron von Munchausen. He was born exactly 295 years ago, may 11, 1720, near the German city of Hanover to the family estate, which now houses the Museum devoted to the famous countryman and part-time literary hero. About Munchausen for more than two centuries, write books, make films and cartoons, stage plays, his name is even called a mental illness (when the person is unable to reliably transmit specific information). So popular Carl owes not only his incredible imagination but also a rare talent never to lose presence of mind, and find a way out of even the most difficult situations.

The famous story-teller belonged to an ancient aristocratic family of lower Saxony Myunhgauzena, known in the XII century. In XV—XVII centuries the ancestors of Charles was considered the hereditary marshals Menginskogo Principality, and in the XVIII century, received the title of Baron. Among them were brave warriors and nobles, but the most famous bearer of the surname was “that Munchhausen”.

However, everything could change: about 50 representatives of an ancient family living at the present time.“I went to Russia…”

“I went to Russia…”, — with these words begins one of the most famous children’s stories “the adventures of Baron Munchausen” by Rudolf Raspe a, which tells the story of how during a heavy snowfall, the Baron tied his horse to the post, caught the cross of the bell tower. And there would be all these jokes, books, movies, if in December, 1737, as a page of the Duke Anton Ulrich münchhausen went to Russia. Anton Ulrich was a representative of one of the most illustrious families in Europe, that is why Anna chose him as a husband for his niece, Princess Anna Leopoldovna.

In Russia close to the young Duke of Munchausen opened the possibility of a brilliant career as the Empress Anna Ivanovna on all high positions prefer to appoint “strangers”. Already in 1738 the German Baron participated in the Turkish campaign, was admitted to the rank of cornet in the prestigious Brunswick cuirassier regiment, then became a Lieutenant and took command of the first elite company. But that’s easy to climb the career ladder was completed — the reason for this was the Elizabethan coup. The youngest daughter of Peter I believed that she had much more right to the throne, and in 1741 was arrested the whole reigning family. If Munchausen was still in the Suite of Anton Ulrich, he would expect a link, but the Baron was lucky — he continued military service. By this time Carl had already managed to prove himself an honest officer who carefully performed all the duties, but the next rank did not give him, because he was related to the disgraced Royal family. Only in 1750, after numerous petitions presented from the last increase, he was appointed captain. Baron knew that in Russia good luck more he did not smile, and under the pretext of family Affairs went to the annual home leave with his young wife, the daughter of a judge of Riga, Baltic German albinoi the background Duncan. Then he twice extended the holiday, and was finally expelled from the regiment. This “Russian Odyssey” ended Munchausen, Baron has become a regular German landowner and led a life of middle-landowner. He could only remember about the service in Russia and to tell about his adventures that pretty soon the students stopped believing.

Bodenwerder, where was located the family estate of Myunhgauzena, at that time was a provincial town with a population of 1200 inhabitants, with whom, moreover, the Baron once went wrong relationship. He communicated only with the neighboring landowners, went to hunt in the surrounding woods and occasionally visited in the neighboring cities. Over time, Karl clung offensive nicknames “Baron liar”, “king of liars” and “lying liar of all lying,” and all of that it is not without exaggeration, talked about his adventures in Russia, the fierce Russian winter, the fabulous hunting on court dinners and celebrations. In one of his memoirs, described the Munchausen giant pate, served on the Royal dinner.

When he lifted the lid, out came dressed in velvet and the man with the bow presented to the Empress on a cushion text of the poem.

One might question in this fiction, but like the lunch talk today even historians, fellow countrymen, Munchausen saw in these words only a lie.

Carl was very witty and often began their memories in response to too incredible stories of hunters or anglers about their outstanding “feats”. One of the listeners Munchausen described his stories: “…He was gesticulating all the expressive, twisting the hands on the head of his little foppish wig, his face more and more excited and flushed. And he is usually very honest man, in these moments wonderfully played out their fantasies”. These fantasies and loved to recite, and soon stories of Baron gained wide popularity”.

In 1785, the writer Rudolf Erich Raspe the turned these stories in a complete work and published in London under title “Narrative of Baron Munchhausen his wonderful travels and campaigns in Russia.” Karl saw the book next year when it came out in German translation. The Baron was furious, because there’s no hints pointed to his person. In that time, while Munchausen’s through the court in vain attempted to punish those who have defamed his good name, the book continued to enjoy a fantastic popularity and translated into different languages. Very soon the Baron’s life became unbearable, he became the object of ridicule. Carl was forced to put around the house servants, so they drove away the curious who have come to gawk at the “king of liars”.

In addition to literary upheaval at this time Munchausen fell family problems: in 1790 prose writer jakobine died, and he married a second time to 17-year-old Bernardo von Brun, which after the wedding became too frivolous conduct way of life. The Baron did not want to become famous and even cuckold and started a costly divorce, vyzhivshy not only the rest of the money, but also have a strength in 76-year-old German. As a result, in 1797, Charles died in abject poverty of apoplexy. Until his last days he remained true to himself, and before his death, answering the question of caring for him, the only servant, as he lost two toes on one foot (frostbite in Russia), Munchausen said, “They bit off on hunting the polar bear”.