MOSCOW, may 12 — RIA Novosti. The Chairman of the Investigative Committee of Russia Alexander Bastrykin has instructed the Central office of the Ministry to monitor the progress of the investigation of a number of incidents in which children suffered, has informed official representative SK the Russian Federation, Svetlana Petrenko. 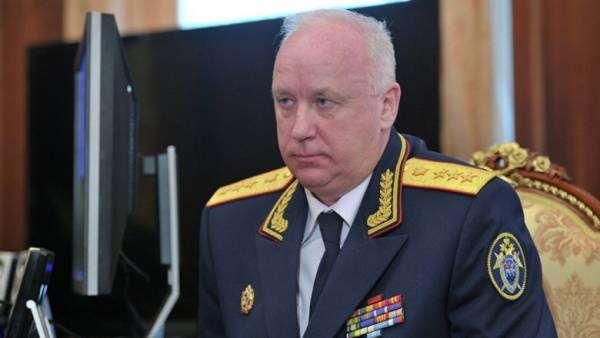 Previously, investigators opened a criminal case on causing death by negligence in children’s infectious diseases hospital, St. Petersburg 4-year-old boy, and about the incident at the city pool, where nearly drowned and was in intensive care 8-year-old boy.

Also, a criminal case was initiated after the 18-year-old boy attacked the Director of a rural school in Zabaykalsky Krai, in the village Eremizino-Borisovskiy, Krasnodar territory began pre-investigation checks on the fact of the wound in the neck 8-year-old girl 13-year-old boy.

“The Chairman of the Russian IC Alexander Bastrykin instructed his subordinates to put control in the Central office of the Department during the investigation into these criminal cases, as well as the progress of the audit and report the results”, — said Petrenko.