According to Deputy foreign Minister of Russia Oleg Syromolotov were released from prison, were detained 20 people. 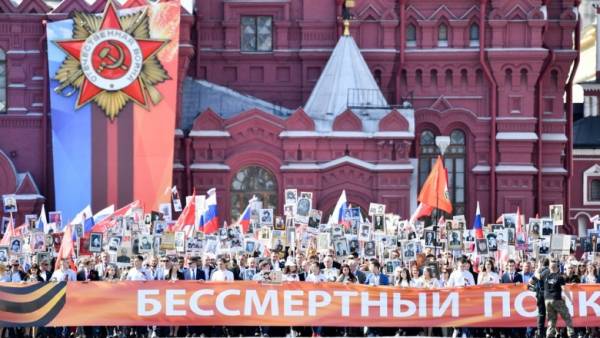 ROME, may 11. /Offset. Maria Khrenova TASS/. The Russian special services on the eve of Victory Day, detained a group of terrorists who were preparing an attack on the action “Immortal regiment” in Moscow. This was stated in an exclusive interview with TASS Deputy Minister of foreign Affairs of the Russian Federation Oleg Syromolotov.

“Detained several groups that were supposed to be detonated during the campaign “Immortal regiment” in Moscow, this was already prepared weapons, — he said. — They moved from Siberia, from New Urengoy. There were about 17 of searches and arrested 20 people.”

Syromolotov recalled that in 2017 the Russian special services developed a group in St. Petersburg, which was also preparing a terrorist attack before the action “Immortal regiment”. “When we started looking at financing, I realized that it is from Turkey, and then went to the backup group in Siberia”, — he said.