The dictator and the agent provocateur: on what terms will be able to reconcile the US and North Korea

The prewar rhetoric of the DPRK and the United States suddenly gave way to constructive dialogue. However, the issue of nuclear disarmament will remain the main theme of the upcoming talks between Donald trump and Kim Jong-UN. 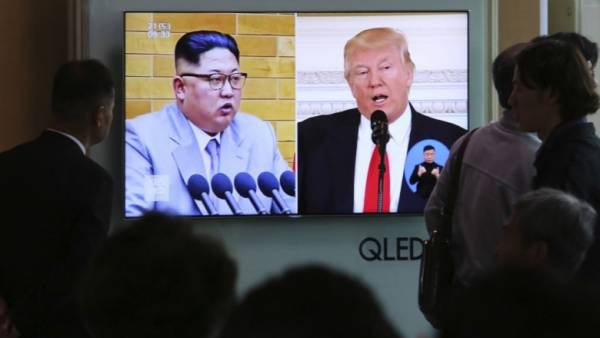 Us-North Korea summit held this spring — and it seems the world still can’t believe it. Side long shied away from the negotiations, but with the onset of 2018 made compromises.

Especially intriguing for the preparation of the summit brought the leading role of the special services of the USA, South Korea and the DPRK. The intelligence agencies of the three countries acted in secrecy without the notice of the ministries of foreign Affairs and other national agencies found the New York Times.

A sharp turn of events has generated a lot of questions about his reasons for a new rhetoric, the agenda of the anticipated negotiations and place of the meeting. Of course, each side gives their interpretation of these events.

Then seek a USA and South Korea

Washington is the initiative of Kim Jong-UN as his victory — that is a direct result of the severe sanctions regime and military-political pressure that allegedly frightened the leadership of the DPRK and forced to surrender. Of course, Pyongyang explains step differently- goodwill and sincere desire for peace, supported by increased defense potential.

In December 2017, long before the dizzying diplomatic history, North Korea announced the completion of previously scheduled programs of creation of rocket-nuclear weapons. DPRK authorities claim that has already formed a nuclear shield, guaranteeing security of the state. World powers did not pay attention to this statement, presenting it as yet another propaganda move by Pyongyang.

At the moment, the requests of the parties remain largely unchanged, while Washington and Seoul seek to demonstrate severity and unwavering solidarity and your own actions against North Korea. The U.S. and South Korea continue to assert that the ultimate outcome of the negotiations can only be the complete elimination of the DPRK’s nuclear programme.

As stated by the press Secretary of the White house Sarah Huckabee Sanders, “the President will not hold a meeting until I see concrete steps and concrete actions taken by North Korea so that the President got something (before the meeting)”.

Another requirement of Washington is: “any agreement with North Korea must be accompanied by a binding mechanism for its verification, aimed at irreversible denuclearization”.

Neither Donald trump, nor the head of South Korea moon Jae In is not going to weaken sanctions against Pyongyang in the period of preparation and holding of the summit. Instead, it intends to increase pressure on Kim Jong-UN to make it more tractable.