MOSCOW, may 10 — RIA Novosti. The Israeli air force attacked dozens of facilities of Iran the formation of “al-Quds” in Syria and battery defense. The military explained that it was a response to a night rocket attack from Iran. 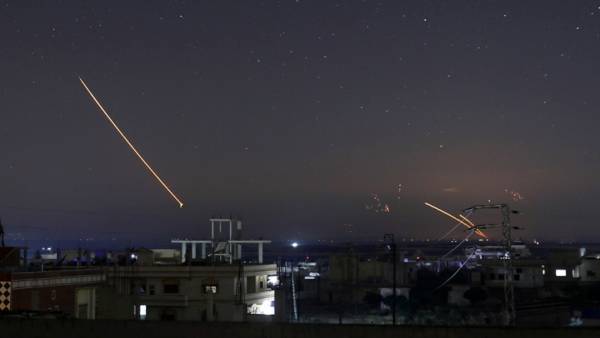 Came under attack the military camp to the North of Damascus, weapons warehouses at the airport of the capital, observation points, and other items and weapons at the border.

“They also destroyed a car which had launched rockets at Israel,” — said the military.

As in Israel, praised the attack

According to the official representative of the Armed forces of Jonathan Conicus, it was one of Israel’s largest air operations in recent years and “definitely the biggest against Iranian targets.”

Tehran will take a long time to recover military capabilities in Syria, he added.

“It was a massive operation against a large component of the Iranian presence, intelligence, logistics, military bases, warehouses, observation posts and so much more,” — said the Colonel.

According to him, attacked all the targets were destroyed and the aircraft returned safely to base. Conicus added that if the rocket fire, none of the Israelis were not injured.

He also stressed that the Israeli military tried to damage the Iranian weapons and objects, not manpower.

The Colonel said that the authorities informed Russia before the airstrikes.

In addition, the army’s press service distributed a map with locations of the bombing.

Conicus added that Israel is not interested in further escalation of the conflict, and urged Tehran to refrain from further attacks.

The beginning of the conflict

The evening of the eighth of may, Israeli forces have recorded “unusual activity” of the Iranian Armed forces in Syria. Then in the IDF (Israel defense forces — Approx. ed.) said that preparations have begun for a possible attack by the enemy.