Assad does not believe that trump controls USA

ATHENS, may 10 — RIA Novosti. Syrian President Bashar al-Assad to the question about the hypothetical possibility of a meeting with U.S. President Donald trump said that every meeting should have an outcome, and who knows what can be achieved with such an inconsistent politician like trump. 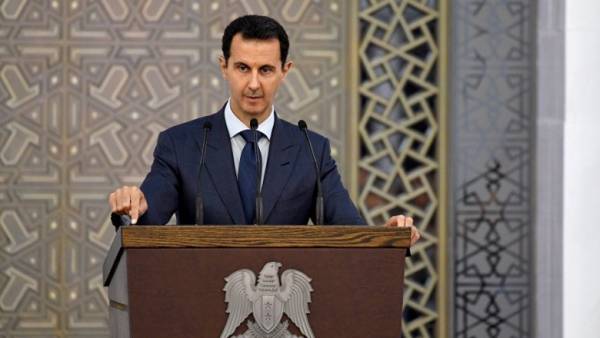 “I don’t think we can succeed with this government. Another reason is that we don’t believe in the President trump control (USA). We believe that the real state is in control of any US President. It has always been in the US for at least the last 40 years, since Nixon, maybe before but now everything is more intense, and the most notorious case with trump,” said the President of Syria.

Responding to the American President, who called it “the animal Assad,” the Syrian President has reminded that the President is above all his people and his country, and asked whether this rhetoric American culture.

“I don’t think there’s any society in the world that uses this kind of language,” the President said.

“Personally it doesn’t bother me, because I treat the situation as a politician, President. This does not affect me personally. What matters is how something affects my country, the war, terrorists and the atmosphere in which we live,” — said Assad.