Became known the details of the room Samoilova at Eurovision

The statement with which the representative of Russia Yulia Samoilova will perform in the second semi-final at the Eurovision song contest is technically very complicated; the emotions of the actors on the stage each time make it a very lively, told RIA Novosti Director of rooms Alex Golubev. 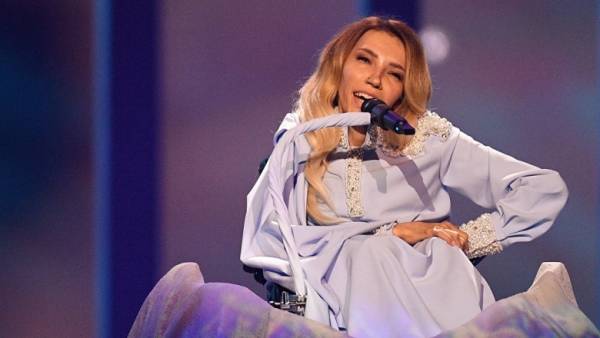 LISBON, may 10 — RIA Novosti, Valery Vysokosov. “Eurovision” this year will be held in Portugal at the arena Altice in the Park of Nations. Russia at the contest is Julia Samoylova with the song I Won’t Break. Thursday she will perform in the second semifinal. On a new track Samoilova worked for the same international team of authors, as a year ago — Leonid Gutkin, Netta Nimrodi and Arye Burstein.

Of course, our room is very difficult. Within 30 seconds we have to get on the stage scenery, put her. It should be recorded very clearly that the projection fell into these points…Alex Solubiliser rooms

“Here is a very good organization on the backstage, very professional the whole team works. With our difficulties they are coping. We are all alive. Each time the room takes on a new movement, because the dancers give a powerful emotion, back-up vocalists are singing right up to the ants, and our artist, each time becoming deeper in its execution”, — said Golubev.

According to him, the room is constructed in such a way that the viewer is first of all appreciated the talent of the performer which conveys to the viewer the main idea of the production — the origin of life.

At the second rehearsal we worked on the acting component, Julia gave this emotion that I wanted to run, to climb this mountain and kiss her because that’s what should keep the audience.Alex Solubiliser rooms

According to him, the dancers Ildar Gainutdinov and Anastasia Jurcina embody the images of Adam and eve.

He also noted that the TV group in Lisbon goes to meet the Russian delegation and listens to the requests, which tells the Director to show the room on the TV in the right light.