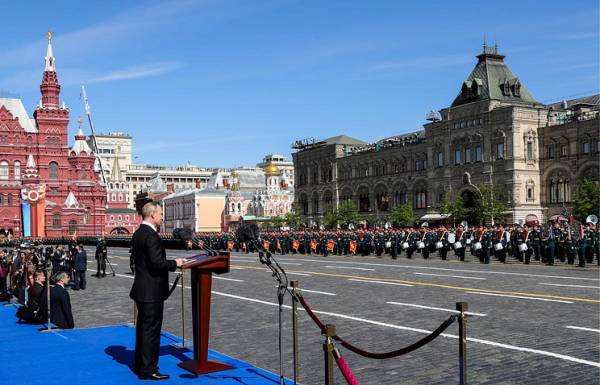 MOSCOW, may 9. /TASS/. Russia understands the seriousness of new threats in the world which exude old traits of intolerance and claims to exclusivity, and is ready for dialogue on security issues. This was stated by Russian President Vladimir Putin at the parade on red square dedicated to the 73 anniversary of the Victory.