The opposition rally is held in Republic square in Yerevan

YEREVAN, may 7. /TASS/. The opposition rally on the eve of voting in the National Assembly (Parliament) of Armenia on the candidacy of the Prime Minister held at the Republic square in Yerevan. About it the correspondent of TASS from the event. 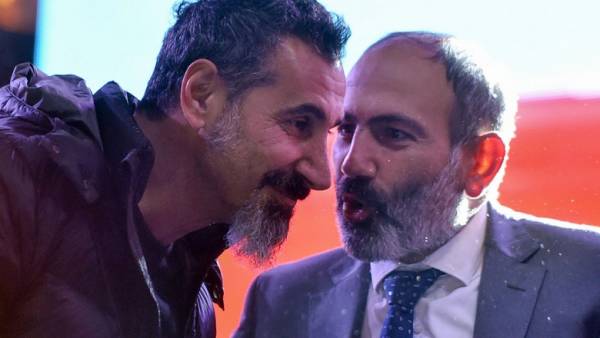 The rally was attended by applying for the post of Prime Minister, the opposition leader Nikol Pashinian and the American singer of Armenian origin Serj Tankian, who arrived in Armenia tonight.

Nikol Pashinyan, Armenia”s absurdly popular opposition leader, is holding a pre-victory rally with System of a Down singer Serj Tankian. To bolster his man-of-the-people image he called him Serzh Sargsyan – the longtime leader recently deposed he – by mistake, to laughs all round pic.twitter.com/ipUWqgte1R

On Republic square, according to TASS, the total number of gathered more than 10 thousand people, people continue to come. The area is filled almost completely. The situation in the area of the rally remains peaceful. The audience was shown a fragment of the concert of Serj Tankian.

Beginning of the meeting, scheduled for 21:00 (20:00) GMT was postponed because of difficulties with the movement of the airport, where he arrived on the musician. Several thousand people came to meet him, partially blocked traffic, leading to Yerevan road.