Media: Anton Siluanov will combine the post of Deputy Prime Minister and Minister of Finance

Anton Siluanov new Russian government will oversee the entire economic bloc, while retaining the post of head of the Ministry of Finance. About it report sources “RIA Novosti news Agency” and “Interfax”. 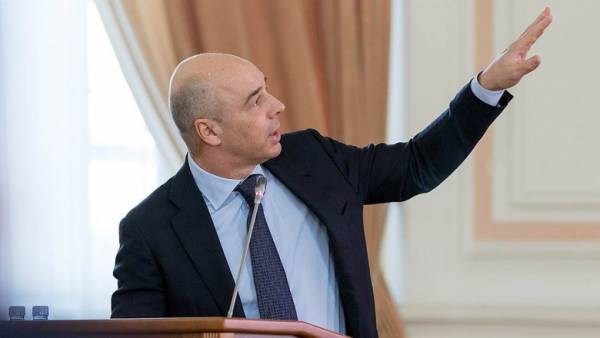 Today took place the inauguration of President Vladimir Putin, after which the government resigned. Later, the President submitted to the state Duma the candidacy of Dmitry Medvedev for the post of Prime Minister. Mr. Medvedev at the meeting with “United Russia” was announced, who will become deputies of the updated government. Mr Siluanov, in particular, should take the position of first Deputy Prime Minister.