Sergei Kiriyenko will deepen in Internet

Monday will see the inauguration of President Vladimir Putin, after which he will approve the new composition of the presidential administration (AP). Most officials in the management of AP its place will keep, but the functionality can be adjusted. As it became known “Kommersant”, first Deputy head of the AP Sergey Kirienko can get to the subordination of another control — for application of information technologies and development of electronic democracy. Changes in other blocks up. 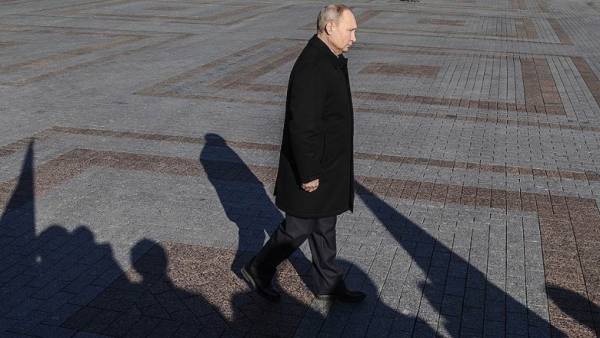 The beginning of a new presidential term, opens the way of personnel and structural changes at the AP. As earlier wrote “Kommersant”, may 7, expires the term of office of the employees of AP: they will be removed from the staff. According to “Kommersant”, the government of AP is trying to revise the structure of the administration therefore, to eliminate “redundant functions” among the various departments of the administration, but about reduction of offices.

So, the first Deputy head of the AP Sergey Kirienko can get a subordinate to another control, in addition to offices for domestic policy (Ohr) and on public projects (CRM).

Now under the jurisdiction of the curator of the political unit can go office for application of information technologies and development of e-democracy (headed by Andrew Lipow). Now it is supervised by the assistant to the President Igor Schegolev. In the structure of the new AP, according to “Kommersant”, Mr. Schegolev will continue to be responsible for him, but would be subordinates of Mr. Kiriyenko, who in the AP is responsible in particular for the development of the Internet environment.

That management can go in the introduction of Sergei Kiriyenko, knowledgeable and up close to the source “b”.

He recalled that the Deputy chief OPS Alexei Goreslavsky oversees the Internet, but “it is not always enough technical assistance”.

In submission of Mr. Goreslavsky is the Department of modern information technologies and new communications of six. According to “Kommersant” Alexey Goreslavsky is primarily responsible for the Internet content management Lipova to digital democracy, “digital sovereignty”, software. However, the interaction between these units — for example, bills concerning Internet regulation.

Close to the Kremlin political analyst Andrei Kolyadin said “Kommersant”, if the subordination of management in the application of information technologies takes place, it would be logical: “the Internet is a part of internal policy, every year more and more significant part. The unification of all areas of domestic activities and the centralization of power in it to understand.”

The expert notes that Igor Schegolev does not have to accept their subordination as a “career insult”: “System of internal communications among the senior officials in the PA is much harder prescribed in established schedules. And her influence in determined by efficiency and not only a subordination”.

Earlier, the TV channel “Rain” and the newspaper “Vedomosti” wrote, citing its sources in the Kremlin and the government, that the chair of the first Deputy Prime Minister Igor Shuvalov is may take presidential aide Andrei Belousov. In AP, he oversees management expertise. If this scenario is realized, Sergei Kiriyenko could qualify for supervision and this administration, believe interlocutors of “Kommersant”.

For the position of head of Department Mr. Kiriyenko could offer assistant CIP Olga Alliluyeva, which is now responsible for monitoring the socio-economic situation in the regions.

However, if you oversee economic issues in the AP will be assigned to Alexei Kudrin, he can claim the supervision of expert management.

Expected changes in other parts of AP. As wrote “Kommersant” in 2016, last year had to retire presidential aide for international Affairs Yuri Ushakov in connection with reaching the age of seventy. However, the contract was extended for a year.

Then interlocutors “” as contenders for his post called the press Secretary of President Dmitry Peskov, Russian Ambassador to China Andrey Denisov, and some senior officials of the foreign Ministry. We will note that Dmitry Peskov as Deputy head of the AP oversees, in particular, the management of the press service and information. In the case of his transfer to a new position, first Deputy head Alexei Gromov AP can get to the subordination of this office, the interlocutors “Kommersant”.

Interlocutors “” close to the AP, say that the probability is high that will not keep the chair, Deputy head of the AP Magomedsalam Magomedov. This position he has held since January 2013, however, none of the hardware structure under it has not appeared. But in the political unit of AP is the Ohr Deputy head Mikhail Belousov, responsible for ethnic and religious relations.

If the Federal Agency on Affairs of nationalities (FADH) will be converted into Minnats, Mr. Magomedov — one of the contenders to his head, said the source “Kommersant”. In FADH, as repeatedly wrote “Kommersant”, counting on the conversion to the Ministry. At the last Board FADH about necessity of creation of minnats again said deputies and senators.