FBI: in the U.S. when shooting in public places for two years killed 221 persons

WASHINGTON, may 7. /TASS/. Two hundred twenty-one people died in the US in 2016-2017 as a result of shooting in public places. This was announced in a statement on Sunday the report of the main detective Department of the country, the FBI. 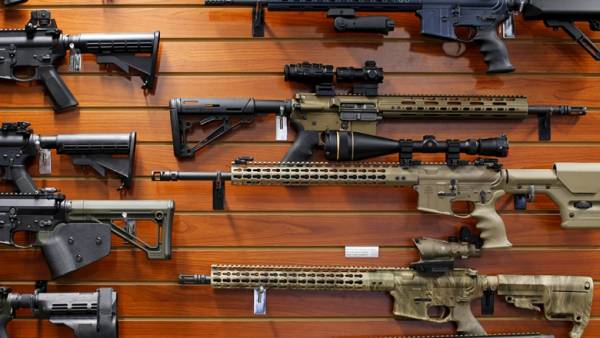 It States that in 50 cases of deliberate use of firearms in 21 States another 722 people were injured. The death toll, the FBI did not include the shooters themselves. Also, do not include all the shooting incidents, the participants of which were members of gangs or drug dealers, as well as associated with careless handling of weapons.

To the largest number of victims — 58 killed and 489 wounded — led to the shooting, which staged on 1 October 2017 in Las Vegas, a 64-year-old Steven Paddock. He opened fire with machine guns from the hotel window at the crowd at the concert from hotel and entertainment complex Mandalay Bay and killed himself. In second place — the events of June 12, 2016, when the shooting, arranged 29-year-old Omar Matin in the Florida club Pulse in Orlando, 49 people died, 53 were injured.

As noted in the report, fire was opened by the intruders (there were 50) of different ages: from 14 to 66 years. Thirteen of them killed themselves either immediately at the scene or later. Eleven were shot dead by law enforcement officials. Eighteen police officers arrested, eight detained citizens, who then handed shooter in the hands of the guards.