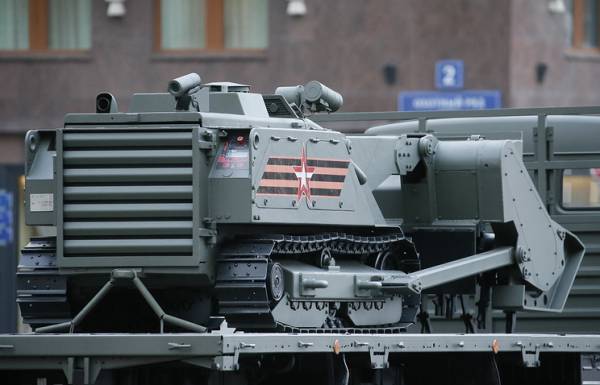 MOSCOW, may 6. /TASS/. Most samples of the latest technology, which will be presented at the may 9 Victory day parade, it’s been combat tested in Syria. On Sunday told reporters in the defense Ministry.

“This year at the Victory parade for the first time will be presented the latest models of weapons: unmanned aerial vehicles, “Le Corsaire” and “Katran”, robotic systems “Uran-6” and “U-9”, and vehicles with a high level of protection, firepower and controllability, BMPT (combat vehicle tank support) “the Terminator”. All the weapon systems are in service with the Russian army or are in trial operation, most of the novelties were combat tested in Syria,” – said the Ministry of defense.

The defense Ministry noted that, in particular, robotic systems, “Uranium-6” is intended for demining of the area, and a multifunctional complex of reconnaissance and fire support units on the battlefield “U-9” “proven themselves in providing assistance in combating international terrorism in Syria.”