MOSCOW, may 6 — RIA Novosti. Iran plays an effective role in the fight against international terrorism, including in Syria, said the official representative of Russian foreign Ministry Maria Zakharova. 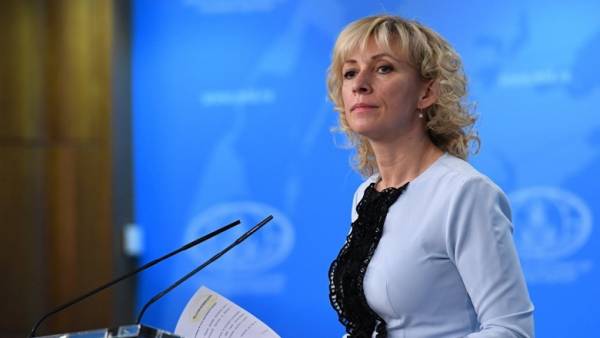 “With regard to counterterrorism, the example of the Syrian crisis, which was largely provoked by the actions of militants and terrorists, who, unfortunately, were the sponsors outside of Iran in finding a political settlement and an effective counter-terrorism activities in Syria might be playing a really effective and important role in the fight against terrorism,” she said in an interview with the Iranian news Agency IRNA.

According to Zakharov, the role of Iran as an “active player in counter-terrorism work” is important not only for combating terrorism in Syria, but for the entire Middle East region.

The official representative of the Russian foreign Ministry also noted that the possible rupture of the nuclear deal with Iran and endless accusations of some Western countries to Tehran not add efficiency in the joint efforts of countries to combat terrorism.

“With regard, again, if we say that what is emerging is the attitude to Iran from the Western world, primarily the US, it will bring neither peace nor tranquility in the region, will bring greater security in Europe”, — said Zakharov.