In the fictional enemy in the Estonian teachings learned Russia

In Estonia, there were cyberscene, in which participated more than a thousand soldiers from 30 countries. According to legend exercises in the fictional country Beriliu attacked by Crimsone, very similar to Russia, writes The Washington Post. 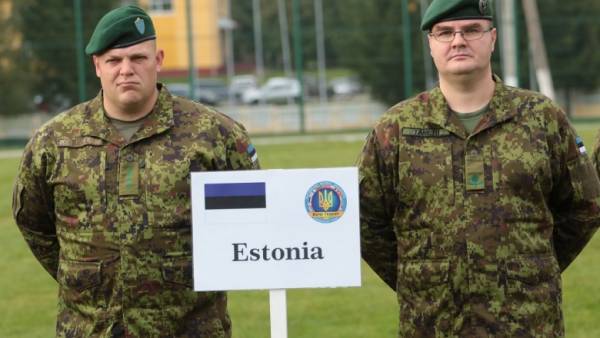 The publication reports that, according to legend, the mobile network stopped working when an imaginary opponent conducts exercises off the coast of Estonia. Chemicals at the water treatment plants were in the public water network. The protesters blocked the streets, the power was intermittent, and the crash of hijacked drone led to the deaths of soldiers at a NATO base.

According to journalists, the legend of the exercises is based on the events of 2007. Then several Estonian websites, including those owned by government agencies, began to be subjected to hacking attacks after the end of April, the authorities began work to exhume the remains of Soviet soldiers buried near the monument to the Soldier-liberator in the centre of Tallinn and have transferred the monument itself.

The attacks, in particular, were the sites of the President, government, Parliament, foreign Ministry, police and other departments, and also ruling Reformist party. According to the Estonian authorities that the cyber attacks were carried out with computers Russian government agencies.