USA has recreated the Second fleet of the Navy, citing “competition of the great powers”

WASHINGTON, may 4 — RIA Novosti. USA has recreated the Second fleet, disbanded in 2011, citing “competition of the great powers”, according to the U.S. Navy. 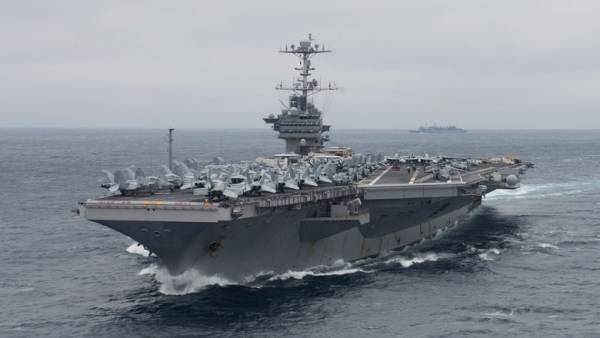 On the re-establishment of large units of the fleet, it was announced at the naval base in Norfolk on 4 may.

“The second fleet will provide the operational and administrative management of the ships, aircraft and ground forces on the East coast (USA) and in the Northern part of the Atlantic ocean”, — reads the statement of the fleet.

“In our new national military strategy makes it clear that we were back in the era of competition of great powers, as in our environment, a growing number of challenges, it becomes more complex. Therefore we expose today is the Second Navy to meet these challenges, particularly in the North Atlantic,” said US Navy commander Admiral John Richardson.

The second fleet of the US Navy existed in 1950-2011 years and was responsible for the area of the Atlantic ocean from the North pole to the Caribbean sea.

Currently in the United States Navy has six active divisions, fleets, numbered 3-7 and 10.