Ukrainian Admiral called for a blockade of the Strait of Kerch

MOSCOW, 5 may — RIA Novosti. Kiev needs to be prepared for the organization of the convoy escort ships and the blockade of the Strait of Kerch from Russia, said former Deputy Minister of defence of Ukraine, Admiral stock Igor kabanenko in an interview with “Obozrevatel”. 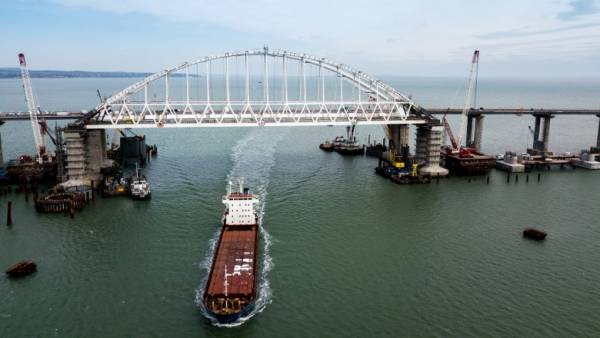 Earlier, the Ukrainian state border service said that the Russian side daily stops in the Azov sea next to Ukraine of the court for inspection. In the Crimean Department of the FSB explained that inspections of foreign vessels conducted in accordance with international law of the sea. Claims from shipowners have been received, said the Agency.

Commenting on this information, Kabanenko said that the Ukrainian border it is necessary to study the possibility of organizing a convoy escort merchant vessels warships.

According to him, in this case, “any detention or inspection of vessels of the convoy would be considered as attack on a military convoy, that is an act of aggression, with the corresponding rights and duties of warships in its reflection.”