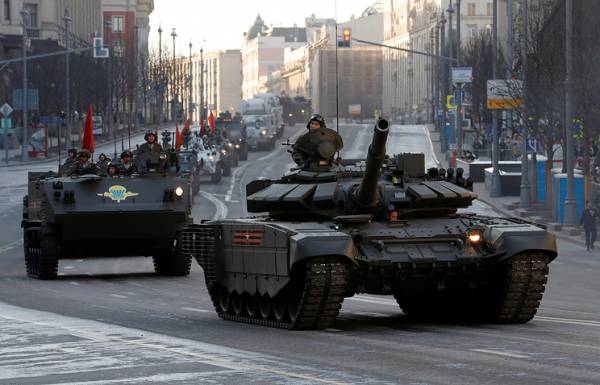 MOSCOW, may 5. /TASS/. Multimedia section with information about the parade of Victory in Moscow earned on the official website of the Ministry of defense of Russia.

About it on Saturday said the defense Ministry.

“On the eve of the 73rd anniversary of Victory in the great Patriotic war of 1941-1945 on the Internet portal of the Ministry of defense of Russia presented the infographic of the may 9 Victory day parade in 2018 in the red Square in Moscow with detailed information on the composition of the Hiking ceremonial calculations, the mechanized column parade and aviation”, – told in the defense Ministry.

The section also posted an infographic about all the Victory parades in the cities of Russia.

The scheme of the parade

“Section provides a detailed scheme for the construction of 40 foot parade of the Victory day parade on red square. Users can also check their passing mechanized column, which presented a detailed scheme in high resolution with the ability to download,” – said the defense Ministry.