Zakharov told about the subtle schemes of financing “White helmets”

MOSCOW, may 4 — RIA Novosti. Funding operating in Syria of the organization “White helmets” passes through highly sophisticated schemes, said at a briefing on Friday the official representative of Russian foreign Ministry Maria Zakharova. 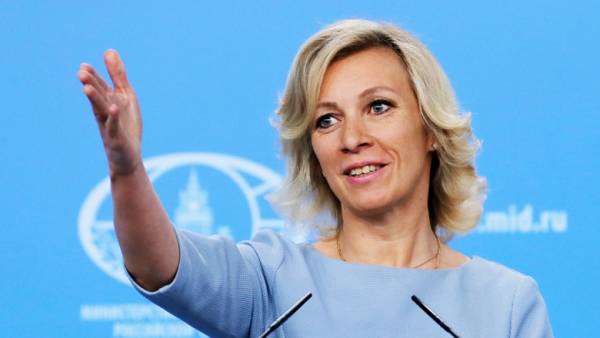 According to her, media reported on significant donations received the “White helmets” “from a number of highly partisan in the Syrian crisis countries, namely USA, UK, Netherlands”.

As pointed out by Zakharov, it was known that the development Fund of Qatar, announced the granting of aid for the purchase of heavy machinery and equipment.

“What sum there is a speech, is not specified. Likewise, I did not specified, about what sort of technique going on,” she said.

The scheme under the funding for “White helmets”, they’re just very sophisticated. The roots of this financing are of British origin, well, for example, the Fund “Mayday rescue” which works including on the Syrian issue.Maria Saharanafrican the representative of the Russian foreign Ministry

Also, according to her, it is “about a whole number of very questionable non-governmental organizations of the European Union, which are connected to the financial support of the White helmets.

Official representative of Russian foreign Ministry also noted that in the media space, “White helmets” resort to “promotion organisations, which are sponsored by Mr. (George) Soros”.

“About his role in the Syrian crisis says a lot. Information, media support for all kind of PR services White helmets have numerous American, British and middle Eastern organization whose reputation is not brilliant,” she concluded.