TBILISI, may 4 — RIA Novosti. Henceforth, the official name of Georgia in Lithuania was “Sakartvelo” (Sakartvelo), wrote the Minister of foreign Affairs of Lithuania Linas Linkevicius on his Twitter. 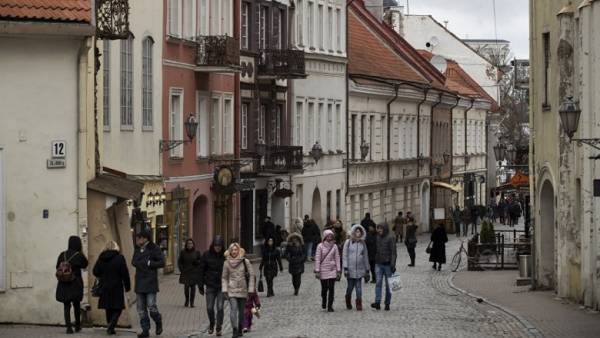 “On the eve of the centenary of the independence of Georgia made the official decision — this time in Lithuanian is Sakartvelo,” Linkevicius wrote in English.

The Minister further added in the Georgian language: “Congratulations on this historic decision! Long live the Lithuanian-Georgian friendship!”.

As noted by Sputnik Georgia, still in the official documents of Lithuania wrote Gruzija.

We are confident that the citizens of Lithuania will take up this innovation, and informal-seated in a circle of friends authentic name of Georgia will be for every Lithuanian is very familiar and will be used in everyday life.Khatuna Slucajevima and Plenipotentiary Ambassador of Georgia in Lithuania

“Given the importance of this fact, with full responsibility we can call today a day of friendship between Georgia and Lithuania,” she said.

Lithuania was the first country which began to use the name “Sakartvelo” in respect of Georgia.

Sakartvelo — self of Georgia. In many languages to denote the country also used the Latin word “George”.