“Primorsky partisans” got eight to 25 years in prison

Moscow. May 3. INTERFAX.RU — Primorsky regional court on Thursday on the basis of accusatory verdict of the jury sentenced the gang members of the so-called “seaside guerrillas” to prison terms ranging from 8 to 25 years in strict regime colony, the correspondent of Agency “Interfax” from the courtroom. 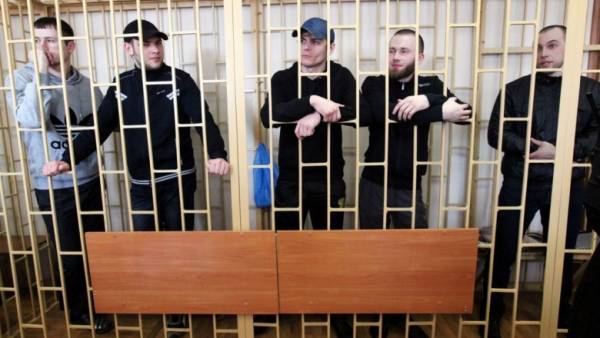 In addition, the court decided to satisfy the civil claims of the victims.

It was reported that a jury on April 10 issued a guilty verdict in the case of the so-called “seaside guerrillas” that the third time is considered in the Primorsky regional court in Vladivostok.

The jury found proven the involvement of the accused to the murder of four inhabitants of the Kirov district of Primorye, occurred in September 2009. They found the defendants deserve leniency, so they can’t be assigned the highest measure of punishment — lifelong imprisonment.

The Prosecutor asked to appoint the defendant from eight to 25 years of imprisonment in a correctional colony of strict regime.

The lawyers said they consider the proposed penalty was too harsh and asked the court to consider mitigating circumstances. Defendants Kirillov and Nikitin in the last word has declared his innocence, and another two from the last word refused. The fifth defendant in the case, Kovtun asked court to appoint to it conditional punishment.

All the defendants are under arrest. Their lawyers after the announcement of a guilty verdict said they will appeal the jury’s decision after the court determined the punishment.