Macron called the wife of the Prime Minister of Australia, “delicious”

MOSCOW, may 2 — RIA Novosti. The President of France Emmanuel macron, in his speech in Sydney called “delicious” by Lucy Turnbull, the wife of the Prime Minister of Australia, Malcolm Turnbull. 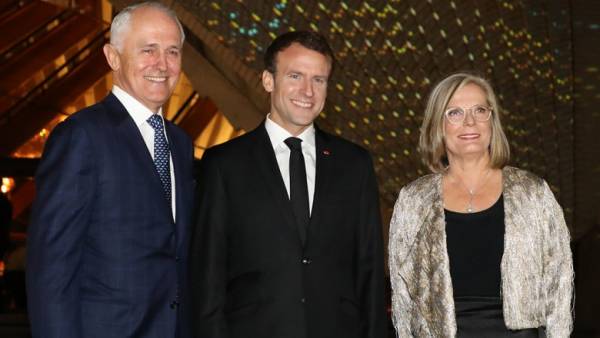 Apparently, he unsuccessfully used his speech in English, the word delicious as a calque from the French.

According to the magazine Vanity Fair, the confusion occurred during the press-conference of two leaders in Sydney, where the French President is visiting. “I want to thank you for your hospitality, to thank you and your delicious wife”, — quotes the words of Macron channel.

Emmanuel macron came to Australia for a three-day visit on Tuesday. As previously reported, the main issues that he intends to discuss the French President, is the cooperation between the two countries in the defense, economy and security.