In Armenia disrupted the work of Parliament

A meeting of the National Assembly of Armenia, scheduled for may 2, has not taken place, informs “Interfax”. 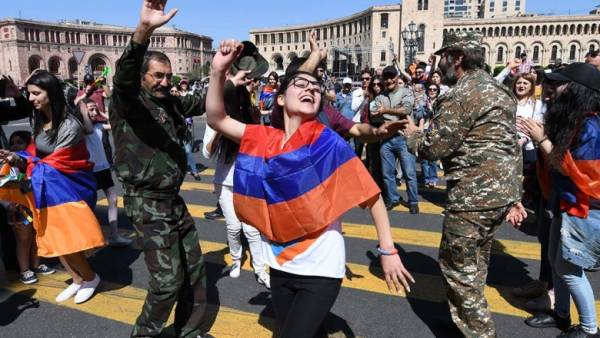 Before the meeting, signed up 33 members, while the quorum requires the presence of 53 parliamentarians.

However, the speaker of the Armenian Parliament Ara Babloyan stated purpose of date of elections of the new Prime Minister of the country — they will be held on may 8. Candidates for this position have not yet been made.

Some MPs are unable to attend the meeting because of the protesters that morning of may 2 began to block roads in Yerevan and to block the work of the city’s subway. That cause referred, in particular, in the faction of the ruling Republican party. Representatives of the second largest parliamentary force, the opposition party “Prosperous Armenia” announced a boycott of Parliament.

On may 1, the National Assembly failed to elect new Prime Minister. The post claimed only the opposition leader, Nikol Pashinian, but his candidacy was supported by 45 deputies, whereas to elect the head of government must be at least 53 votes. Pashinian refused to support the Republican party with the parliamentary majority.

After that, the opposition announced it would continue its street protests, and urged his supporters to block roads, transportation hubs and the airport of Yerevan.