MOSCOW, may 2 — RIA Novosti. The terrorist organization announced the dissolution of its structures and a complete cessation of activities, the letter said Basque separatists, the text of which was published in the newspaper Diario. 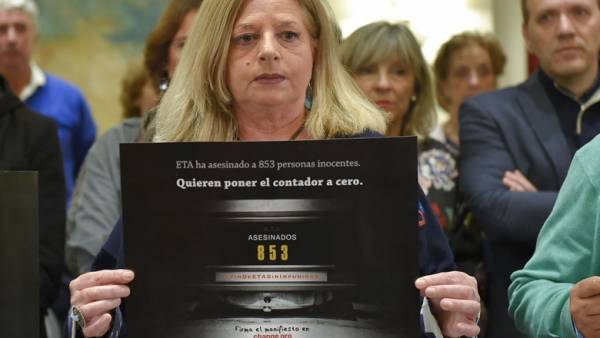 “THIS made the decision to complete the historical cycle and its activities, putting an end to its existence. In this regard, THIS fully disbanded its structure, stopping any political activity,” — said in a letter dated April 16.

The message said that the decision stemmed from the strategic course for change adopted by the supporters of Basque separatism.

“So… THIS completed a process initiated in 2010 to start a new political cycle in the land of the Basques,” wrote representatives of the organization.

The terrorist group ETA (Euzkadi Ta Azkatasuna, the Basque language means “homeland and freedom”) was founded on 31 July 1959. Its victims for all history of existence of more than 800 people. In 2011, ETA announced a “permanent and General ceasefire”. In response, the Spanish government ordered its dissolution.